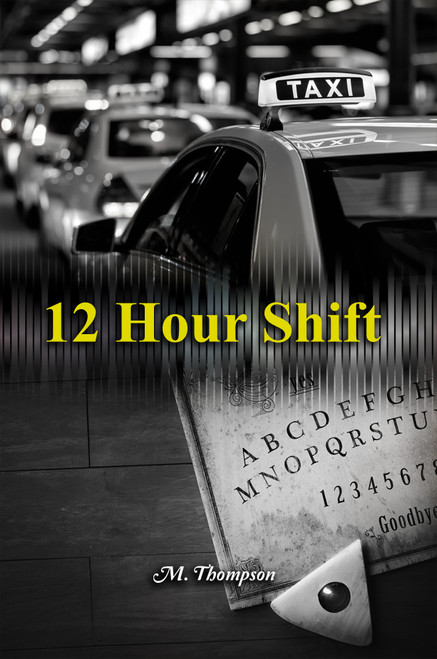 Just another typical hot summer evening in Redding, California, or so it seems…

The alarm clock wakes Quinn. Another fun-filled evening of driving a taxi is before him and he is getting tired of it. As he is fed by his dear Aunt Ginger, his little brother, Donnie, walks into their home, telling them both how he had met a gorgeous vixen from the local college.

After approval from their Aunt, this beautiful woman comes over. Strange feelings emerge from within Quinn and Ginger – this young woman is very bizarre. After spending time alone with Donnie and an Ouija board, they spoke with something else for a time. Ginger finds out, expressing her dislike for Ouija boards. The young beauty doesn’t want to leave. Verbal violence erupts, ultimately causing the young beauty to leave, but not without giving them some of her venom first.

What interest this beauty has in Donnie remains a mystery, for a time, until more strange and bloodcurdling things begin to happen throughout the evening: Donnie becomes progressively ill with something unknown, his elderly and moody neighbor commits suicide, his regular fares disappear and now a mysterious jet black four door sedan menaces the night. It all began with her, that gorgeous young mysterious woman from the college.

As the hours pass, everything becomes darker and more life-threatening, with Quinn becoming desperate to save his little brother. Desperation transforms into madness as Quinn fights for his family, attempting to make it through his twelve hour shift.

M. Thompson lives in northern California in the Redding area, and has for many years now. After graduating from Anderson High School back in 1995, he went to Shasta College for a time. He began majoring in art, but soon discovered that he enjoyed writing. Bills never stopped coming in and therefore he ended up at many different jobs over the years: the most lucrative one being driving a taxi.

Eventually, Thompson found some time here and there to work on his book, eventually getting it finished. Without the support of his parents, his wife and his step-daughter, all this would have been very difficult indeed.

It Takes a Valium