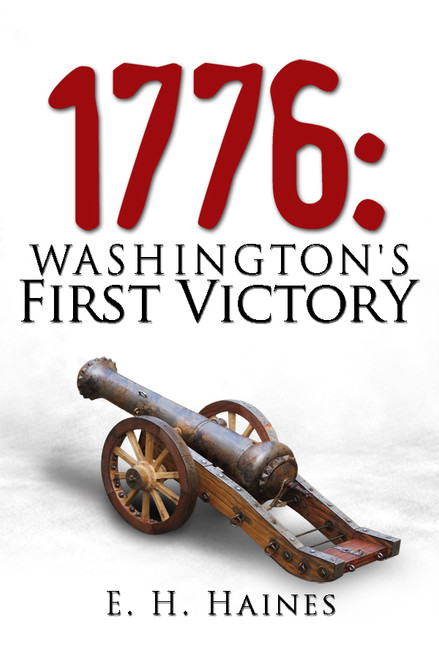 There is a little known true story of courage and adventure that took place during the winter of 1775-76 that changed the course of the War for Independence, and thus permitted the founding of our great nation. This story is relevant today, for the young hero was at the original Boston Tea Party and he later became the nations first Secretary of War and a founder of West Point.

Washington and his patriots were gathered at Cambridge. They knew that if British General Howe received his reinforcements and they were on their way from London, he would break out of Boston and overrun the poorly equipped army. If this happened, the war would end with one massive defeat and with the loss would go any hope for the patriot cause. Washington desperately needed artillery to drive Howe and his fleet from Boston Harbor before the reinforcements arrived, but he had no artillery.

In the mountaitvns three hundred miles away at Fort Ticonderoga, there was plenty of artillery, and twenty-five-year old Colonel Henry Knox proposed to go there and bring it back to Cambridge on sleds. Washingtons generals called the mission foolhardy, but with no better idea Washington agreed with young Knox. Henry was gone for two months and would fulfill all of Washingtons expectations, despite rough forest roads, freezing lakes, blizzards, thaws, and mountain wilderness.

At night, under Henrys guidance the guns were positioned on the Heights of Dorchester Peninsula overlooking Boston Harbor. The guns of the British fleet could not elevate to the patriot position. Thus, the British were forced to withdraw from the city and the harbor. It was Washingtons first victory of the long war, and General Knox would be at his side throughout.

E. H. Haines, a native Pennsylvanian, educated at Purdue University and the University of Wisconsin, now lives with his wife in Fort Myers, Florida. He spent three years researching this book and has visited all major sites. This is Mr. Haines sixth historical novel. His last novel, For God, Gold, and Glory, tells of De Sotos journey into the heart of La Florida. He has also written historical novels about the Indians of the American West, Kit Carson, and the Civil War. A former Naval Officer, he is presently working on a novel about a Navy ship stationed in Japan during the Korean War.

The Bloody Road to Victory