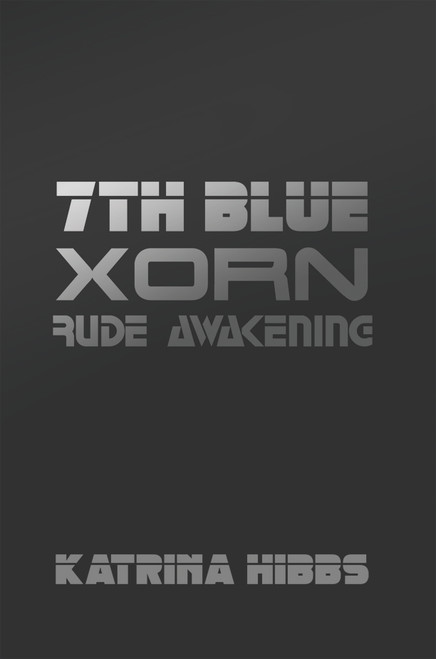 7th Blue: Xorn: Rude Awakening is the first book of many in a science fiction-fantasy action-adventure series. It follows a nine year old prince, Xorn Midus, and his misadventures that follow after he had been made a slave and thrown into the System. His father, the immortal dictator Syon Midus, begins a war in search of the artifact, the Tear of Archanon.

Though he is unsure of his fate, Xorn fights to get answers as to what happened the night his father killed his mother, Lady Oriah Midus, and started the goose-chase for the Tear. It doesn't take long for Xorn to learn about another child being held captive; Mika Indri, a ten year old daughter of a farmer who was orphaned at the start of the war.

After almost a year of being in limbo, the war finds its way to the mother-ship of Lord Syon and the guardians of the Tear, the Priest of Archanon, and they make a crash landing into Xorn and the other's lives. Aiden Mulch, the fourteen year old lone surviving priest is the only one who has a clue what is really happening, and the prospect is very grim.

During this exciting tale, the grip of reality is loosened and magic becomes more apparent when the destroyer, Klaravex, begins to awaken from his slumber. Mika, Xorn, and Aiden are forced to uncover the truth about how Syon defeated this god of destruction and came to power. Read with awe as our heroes interact and their friendships grow.

Katrina Hibbs was born in Tulsa, OK in May 1984. Her family moved when she was very young to Pine Wood, CA where she lived in a house in the mountains until first grade. They later moved across the country to Savannah, TN where she lived and went to school. She grew up with an army of pets, playing with her neighbors, and enjoyed video games and sports over playing house and dolls.

Later, Hibbs moved back to Oklahoma where she gained more interest in Japanese culture and has even traveled to Japan twice. She attended Johnson County Community College and Kansas University. She now lives Maryland with her boyfriend and two cats, David Bowie and Tobias.

Walk Toward The Light: Surviving a New Age Cult