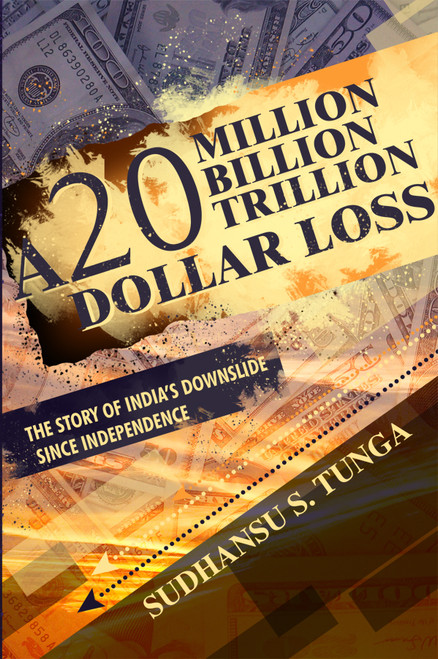 The book deals with Indias contemporary history of more than six decades since her independence in 1947 to the present day. It describes all the relevant events from economic, political, social and cultural perspectives.

The world knows India to be an emerging economic giant because of her recent GDP growth. But, behind this robust growth, lies the real India which is poor, illiterate and backward, suffering from the evils of wide-spread corruption, nepotism and familocracy due to the wrong policies followed by Indian politicians since Nehru. The government made some half-hearted attempts for improving the peoples lot, but there was not much success. This is why the narrative is called the story of downslide. And this downslide has resulted collectively in an inconceivably colossal loss.

Sudhansu S. Tunga was born in Bengal, India in December 1936. He was educated in Calcutta with Masters in Bengali, English and Linguistics and Doctor of Literature in Comparative Philology and Linguistics from the University of Calcutta. He taught language and literature in Gauhati University in Assam, India for 35 years. He has authored half a dozen academic books highly acclaimed in the scholastic world and more than 70 quality research papers. Professor Tunga, however, finds interest in a variety of subjects including history, economics and politics. The present work is the result of that.

The author lives in Calcutta, India. His family consists of his wife and a married daughter.

50 Years in the Crock Pot