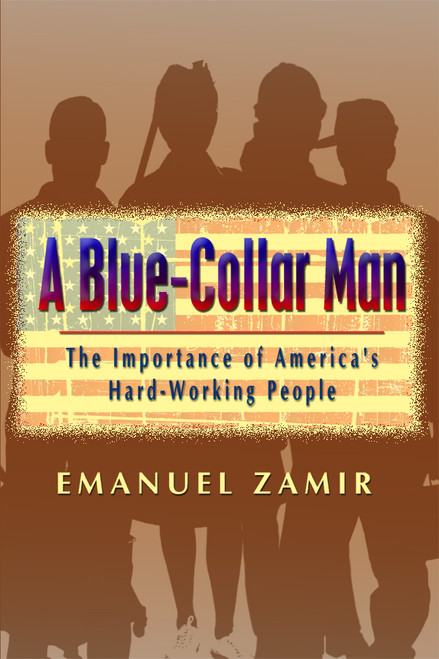 A Blue-Collar Man
by Emanuel Zamir

Somewhere around the 1890s, the state of Nevada created a magnificent political tool, intended to aid the states hard-working people earn their share and be acknowledged for their efforts. This tool was called The Populist Party or The Peoples Party. This party was formed out of necessity to protect Nevada's miner rights and catered to the common worker in the society.

The Populist Party had measurable influence in representing the common worker. This was a tremendous beginning for recognizing the blue-collar men and women and addressing their issues.

Since then, for the most part, Americas average worker who is directly responsible for the countrys commerce has not been adequately appreciated. I always felt that Americas hard-working people, who contribute so much to this great country each day, needed to be praised.

Emanuel Zamir arrived to the United States in 1976. He grew up and received his education in Jerusalem, Israel, and achieved a four-year electronics degree. Emanuel resided in New York for fourteen years, followed by a residence in Maryland for sixteen years, and currently lives in Las Vegas, Nevada.

During the past thirty-four years, the author was involved in all aspects of the electronics trade to include assembly line manufacturing, a field engineer, and technical support for over twenty-five years, design, and marketing.

The author has always sought out acquiring the most knowledge in the electronics field and distributed that knowledge to colleagues at all levels. Appreciation for the blue-collar men and women and their role in the society have always been of the utmost importance to the author.