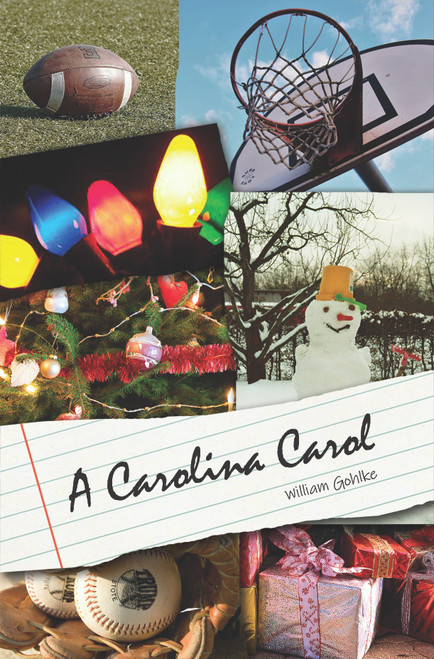 Charles Dickens’ classic tale, A Christmas Carol, was first published in 1843. Many versions have been done since. A Carolina Carol is unique in that the main characters are children and it is in a contemporary setting. It takes place in North Carolina.

The main character is Robert North, a youth with a penchant for getting into fights. His best friend, Bill Grant, helped him get his grades up so he didn’t flunk the fourth grade. At the same time, Robert helped Bill become a better athlete.

Bill has moved away and appears to Robert one night to warn him of three ghosts who are about to visit. These ghosts appear over the next three weeks. Robert learns his lesson, à la Ebeneezer Scrooge and is involved in rescuing a kid from some ruffians. His friend, Carol Lina, helps by stealing an ultralight aircraft from her father’s airport.

William Gohlke’s interest in writing was sparked when his grandfather gave him an old manual typewriter when he was fifteen. At first, he wrote short stories based on characters in books he had read.

Gohlke’s first published work was a short story that appeared in the Regular Baptist Press in 1987. His first published book was Skeletons in the Basement, a children’s book, through Press-TIGE Publishing in 1999. He has also published two other books, The Tree Monsters (2001) for children, and The 70th Week (2003) for adults, through Author House. A number of Gohlke’s articles have appeared in the Akron Beacon Journal’s “Voice of the People” column.

Gohlke currently resides in southwest Akron, Ohio, with his wife of forty years, Margaret, and son, James. They also have a daughter, Rebecca, who lives in Pennsylvania. They have a black cat named Cocoa.

Carol's Whimseys on the Way to Meet the Grim Reaper by Carol G. Steben with comments by Bill Steben

Escapegoat : A Guide for Christian Women on Transforming Dysfunctional Relationships