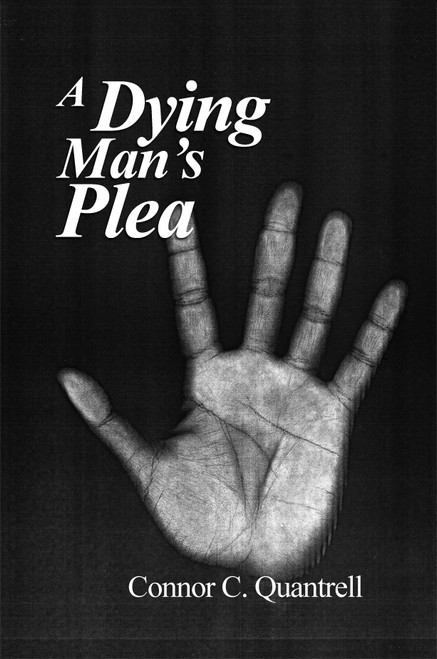 This literary communication entitled A Dying Man’s Plea, written by Connor C. Quantrell, represents a form of life the author himself experienced while growing up in the Southside of Chicago with his parents in the 1960s and ’70s.

One of the book’s characters, named Simon Graves, is an only child who, at the age of ten, began taking on more responsibility to help his parents out financially. He takes on whatever type of work that he could find.

After finding his mother passed out in a diabetic coma, young Simon finds more work to help provide for his family. Simon begins working for a man named Canine, who acts as his connection to the world of organized crime. As Simon grows older, his involvement with organized crime grows as well.

In a poor society, illegal drugs were an integral or necessary hallucinogenic and in plentiful supply, that worked to deceive or alter one’s actual power of movement. It also influenced the thinking of one’s otherwise contemptible, destitute reality. The general consensus held by most of the poor or unfortunate having little or no means to support themselves was to put complete trust and confidence in God, holding the unquestionable belief that through such faith, God will allow them to triumph from such unearthly poverty.

What makes the story all the more interesting and relevant, and what the reader will get by reading A Dying Man’s Plea, is the ability to identify with the struggles of the characters in the story. They relate to the indigenous lifestyles of those that migrate and are born into a drug-filled society of impoverishment under the primitive or savage conditions a city culture manifests and teaches, where there are but a few outlets to a better, more desirable way of living.

Though the book centers around actual events, the characters named in the book have been changed to protect the innocence and integrity of individuals the author grew up with.

DEATH, DYING, AND THE TIME TRAVELER

Traces on the Water Mirror: Volume I: Dying to Get Rid of Communism - eBook

A Death of Flowers

A Drunk's Guide to Heaven

A Guide to Happy Courtship and Lasting Marriage