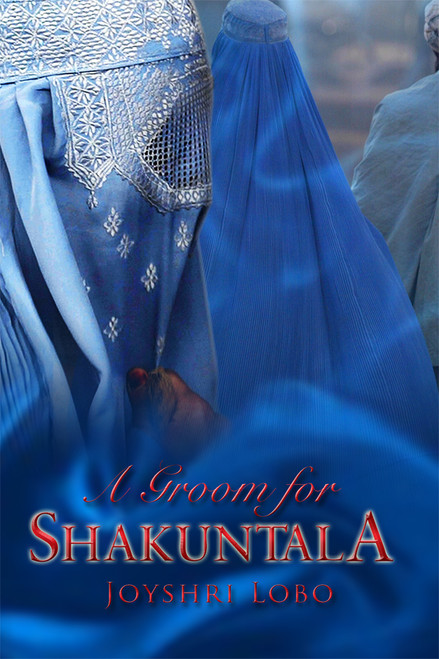 A Groom for Shakuntala
by Joyshri Lobo

This is the story of my India, as it exists today. Through the lives of various characters, the reader can see the material progress India is making at the cost of spirituality and moral values. It is a tale of contrasts and clashes, poverty and riches. Set in Punjab, North India, spanning a period of six decades from the 1940s into the present, it describes the lives of two young women: Shakuntala Baksh, who is well-to-do and educated as opposed to Gulabo, the servant girl, who works in the Baksh bungalow. When Shakuntala marries Hakim, a Muslim from Afghanistan, her life is affected by the outrage of what used to be a very tolerant community. Her visit to Afghanistan at a time when the U.S. backed democratic government is losing its grip and the Taliban is regrouping triggers tragic consequences.

It is also a narrative about a legitimate, largely ineffective, corrupt, democratically elected state government, pitted against the sometimes benign, often cruel authority of a gangster called Commando. He rules because corruption is rife and good governance nonexistent. For him only a person matters, not his faith or the colour of his skin. Hindutva is the new word coined to draw people under one banner. Clashes occur, blood is shed, and fear rules the day. Power on both sides emanates from the barrel of a gun, a bag of cash, and a packet of Afghani heroin.

Joyshri was born on 5th March, 1944, in Lahore. Soon after, Partition occured and a new nation called Pakistan was carved out of India. The wounds of that incision still fester today. The authors father, an Anglican Christian married a Brahmin girl. Though this generated a lot of heat at the time, the amalgam of ideas and moral values reflected in Joyshris work, are a result of this combination. Her three sons and their families are scattered all over the globe- a doctor in Australia, a technical consultant in the UK and a collegian in the USA.

Joyshri writes a weekly column -Sidelanes, for The Tribune. Some of her time is spent as a volunteer in a slum, teaching destitute children and counselling young adults on personal problems, of which there are many in a poverty-stricken populace. She believes that individuals and Non- Governmental Organisations can change the face of India.

Joyshri has published The Untouchable's Wife, a book of short stories and Bittersweet, a collection of poems. She dedicates this book to an exemplary, erudite family and a very patient and supportive husband.

Let Me Be Me

A Home for All: How a Little Black Puppy Gets a Name

A Guide to Happy Courtship and Lasting Marriage