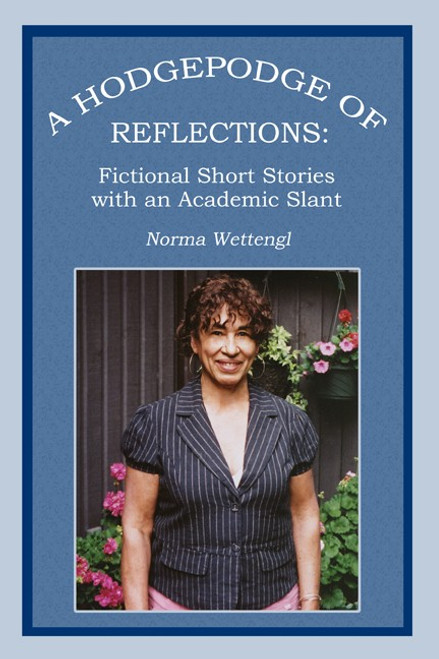 A Hodgepodge of Reflections: Fictional Short Stories with an Academic Slant dwells on the interplay between the life circumstances of its characters in time and place and the human element, to provide a thought-provoking collection that will delight the fan of fictional short stories with a third dimension. Not to be overlooked are the insertions of the authors homespun philosophy that are sure to strike a responsive chord in the readers heart.

A Turkeys Point of View examines and analyzes the Grant family and a few of their friends as they celebrate a day of Thanksgiving. She Married Her Brother, examines the consequences of lifelong deception, as protagonist Kate gives birth to Leah after a short fling in Australia and then pretends to be an older sister. And Disillusioned Soldier takes a Jamaican youth to New York City as a landed immigrant. After 9/11, a radicalized young man is deployed to Iraq. Calvins life as an infantryman portrays the frustrations of war that lead him from willing participant to disillusioned veteran.

Norma Wettengl was born in Jamaica, where for the next twenty-four years before her departure to Canada, her identity was indelibly marked by a West Indian influence. Today, however, an older and wiser Canadian woman sees herself as a sobered creature of the universe, having triumphed over her more-than-fair share of painful experiences, rather than belonging to any one culture. In 1960 she obtained a Bachelor of Arts degree from Queens University at Kingston, Ontario, and later a Diploma in Education from the University of the West Indies in Jamaica.

From an early age, Wettengl recognized in herself a love for words and how they could be used to portray images and express ideas. It was not until about the year 1990, however, when she was no longer too busy raising children singlehandedly, making ends meet, and fixing things around her to be beautiful, that she found the time to write poetry and short stories from her home in North Vancouver, British Columbia, where she has resided for the last twenty-three years.

A Home for All: How a Little Black Puppy Gets a Name

A Little Boy with a Big Imagination

A Home for All: How a Little Puppy Finds a Home

A Guide to the Fountain of Youth