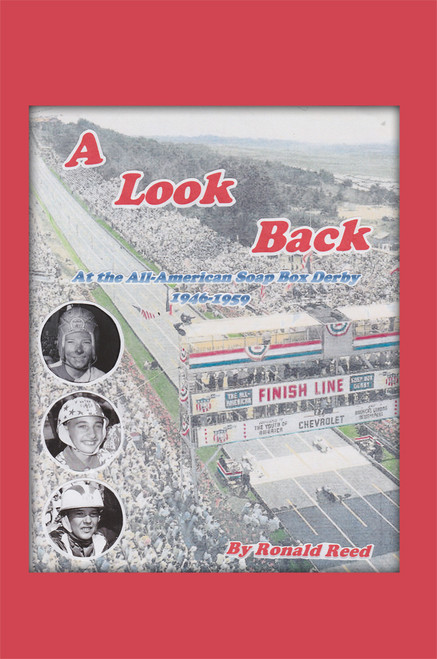 It’s billed as “The Greatest Amateur Racing Event in the World” and that is an accurate statement. Modern terminology has called it “The Gravity Grand Prix.” Whatever name you attach to it, Derby people just call it the “All-American.”

It started as a city race in Dayton, Ohio, in 1933 and in two short years it became a national competition. Originator Myron Scott, through some creative promotion and the sponsorship of Chevrolet, brought it to national prominence. The first three books of this series covered the move from Dayton to Akron and the construction of Derby Downs followed by six years of prosperity and growth. World War II caused a delay, but we will see in this book it was but a bump in the road. The program resumed and in the years since there have been several hundred thousand participants who have been watched by millions. The Derby has undergone many changes over the years, but the focus has always been to make it safe, fair and fun.

To call Ronald Reed a Derby fan would be a gross understatement. He has attended more All-American races than any living person (65). Reed has three loves: his family, sports officiating and the Derby.

Reed’s wife of 55 years, Sandy, and his three daughters, Leslie, Denise and Valerie, have been a source of pride his entire adult life. Officiating baseball for 51 years, football for 32 and basketball for 22 have kept him active and in excellent physical condition and enabled him to make lifelong friendships.

After graduating from professional umpire school in Florida, Reed began teaching umpiring in the Akron area and became well-known and respected. It was in the 1970s that he first tried his hand at wood carving. Since then he has honed his craft and fashioned miniature replicas of the winning racers in the Derby. His collection now numbers over 500 and includes the first through ninth place cars each year beginning in 1933 and currently continues through 1985. And the carving goes on.

Reed’s introduction to the Derby came at age seven when he saw his first All-American race in 1949. He was hooked and began attending every year. As wife Sandy puts it: “With Ronnie the Derby is not a hobby. It’s an obsession.”

Looking Back at Cerro Gordo