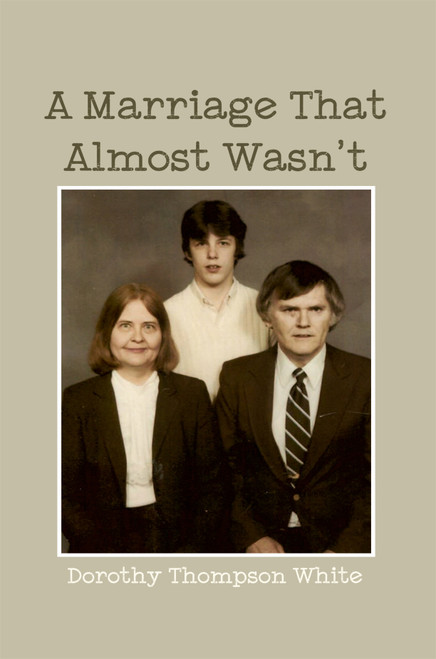 A Marriage That Almost Wasn’t

Dorothy Thompson White has become an author at age eighty-two and said the reason she waited so long is because of the two wonderful husbands she married. The first one she dated for three years and married him after her high school graduation from Marion Co High in Guin, Alabama. He died twenty years later because of the many injuries he received from playing football throughout high school. This left White widowed at age thirty-nine. Three of her children married young. Then there was just one son who was only five.

Six years later, Dorothy and her young son moved to Florence, Alabama, where she worked at a hospital as a diet clerk. Her son was then eleven, and Dorothy knew he would soon be gone and she would be all alone. So at age forty-five she placed an ad in a tabloid magazine and found the forty-eight-year-old love of her life.

White believes this twenty chapter book is a must-read because he was the perfect husband to her and the perfect step-dad to her children. She went to Kentucky to live in his house there and learned that his great sense of humor made people laugh out loud.

Author Dorothy Thompson White was born to write. Her high school English teacher gave her the perfect grade of one hundred on every theme she wrote and told her she needed to seek a career as a writer. However, she was engaged to marry her first husband and promised him she would after graduating from Marion Co High School in Guin, Alabama. White was also just as talented with a Broadway style singing voice. Many people begged her to go to New York City and become famous. Her new husband told her he would go to New York with her if she desired to, however, she said no, they would just stay there because he already had a good job and bought them a brand new house.

Memoirs of a Kid from Philly

It Takes a Valium