A MINDSCAPE: Some Soundings and Sightings from a Fifty-Year Range 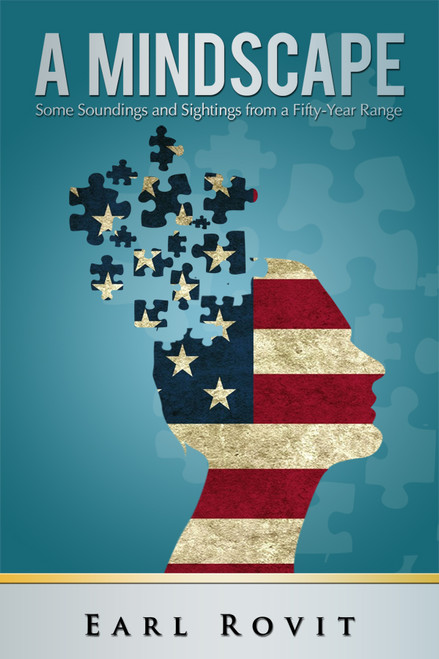 A MINDSCAPE: Some Soundings and Sightings from a Fifty-Year Range

A MINDSCAPE: Some Soundings and Sightings from a Fifty-Year Range
by EARL ROVIT

A MINDSCAPE: Some Soundings and Sightings from a Fifty-Year Range is a selection of pieces written over a fifty year period-essays in the original sense of the term-attempts, examinations, or stabs at trying to understand some of the varied complexities in our American culture. The essays conduct their inquiries through the disciplines of literary history and biography, which inevitably include the authors autobiographical experiences.

Lucidly and engagingly written, and ranging between the personal memoir and objective literary criticism, but often intermixing both, these essays trace a consistent pattern of inquiry, doubt, and affirmation of the vital life-giving quality of the creative arts. Even as they bring delight to their readers, listeners, and viewers, they shape a cultural perspective for a heterogeneous society, they provide a moral standard for that culture, and they challenge and enhance the spirits of their audience.

A recipient of Guggenheim and NEH Fellowships, Emeritus Professor of American Studies at the City College of New York, Earl Rovit was also awarded four Fulbright Professorships (Germany, France, China, and India). He has also held teaching posts in London, Paris, and Rome as well as guest-professorships at a variety of American colleges.

Along with his six books of literary criticism, Rovit has published three novels and over sixty journal articles.

Fifty Prayers for My Child

A Place in Time: The Amber Necklace

A Light in the Dark - Misplaced Hatred