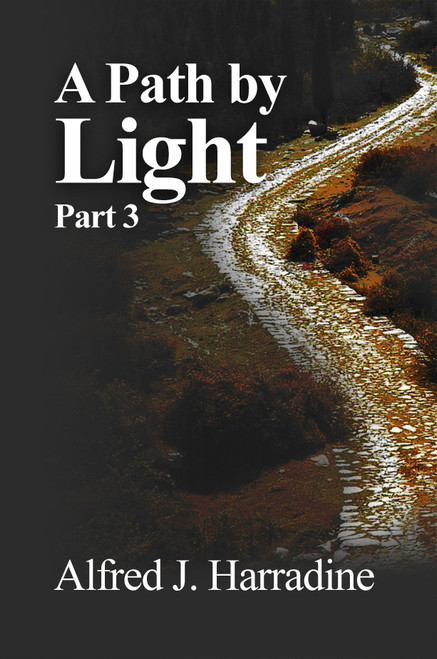 In prayer Alfred J. Harradine felt the Lord calling him to write the novel A Path by Light, yet he had no idea what it would be about until he started writing. After a while, he kept thinking about The Lord’s Prayer. As he wrote and prayed about the first novel in the A Path by Light series, it became very clear to him that Jesus, in teaching us how to pray, tried to let us know we do not have to die before we can live and experience the Heavenly Kingdom. He calls us to live that Kingdom now on Earth as it will be in Heaven. If He is teaching us to pray about doing it, surely He will also teach us how to live that life.

When Harradine finished, he had written five short novels in the A Path by Light series. His original intent was to have them published separately, but his wife, Nancy, and friends suggested that he combine parts I-V into one novel. After much prayer that is what he did. While waiting for the first A Path by Light to be published, he started writing and completed this second book in this series combining parts VI-X. The Lord had more for him to share so he continued to write and now this is the third book in the series which combines parts Xl-XV.

Alfred J. Harradine and was born in 1940 in a river town in upstate New York to 40+-year-old parents with World War II on the horizon.

At the age of seventy-six, Harradine wrote his life story under the title of Walk in the Light about how he fell in love with life which allowed him to be open to what the Lord had in store for him so he could dream beyond his own limitations.

Harradine’s second book titled The Saint Within Us is about how ordinary people, called by God, lived extraordinary lives.

Harradine says, “I pray you will enjoy the Fr. Charlie Clancy series and hope this third book will continue to be a guide to how others are learning to experience the Lord’s promise that He will give us the Graces to live the ‘thy kingdom come, now, as it will be in heaven.’”