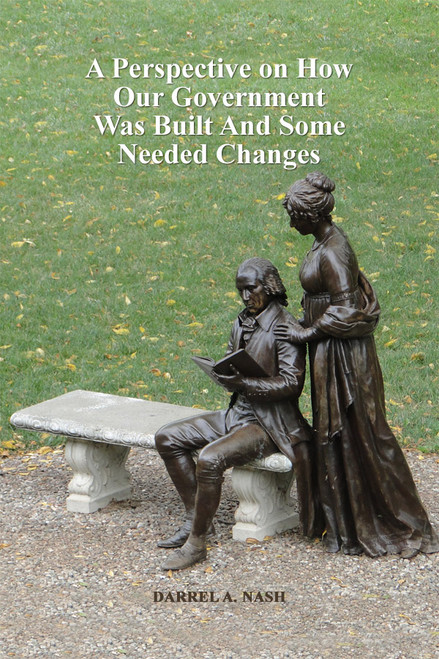 By: Darrel A. Nash

What do we mean by “we the people?” Who are the people? Who claims authority to speak for the people? How seriously do we take the words of our grand proclamations in the Declaration of Independence, the preamble to the US Constitution, the Gettysburg Address, and the Pledge of Allegiance? These are the questions that Darrel A. Nash pursues in this book. He finds a large mixture of conflicting answers as he explores the founding documents and later initiatives to build our democratic republic. The struggles for answers have continued throughout our history.

Part Two records the beginning of this inquiry. Nash wanted to find the bases for the First, Second, and Tenth Amendments to the Constitution. To do this, he reviewed the Federalist Papers which are purported to form the intellectual basis for the Constitution. He found several of the arguments less than convincing.

But before the reader can see why Nash made his conclusions in Part Two, Part One is needed to set the stage. This lays out how only a small part of the population was represented and participated in creating the Constitution. What might the Constitution be if all residents of the US had been represented in its creation?

Part Three goes into the Federalist Papers in more depth. It shows how a number of political forces have worked and are working today to influence how we, as a nation, interpret the Constitution and access the promises of the Founders. This Part ends with changes needed to proceed with creating a more perfect union—a nation that more fully lives up to our grand proclamations.

Since retiring from the federal government in Washington, DC, Darrel A. Nash has written a number of stories and essays for the delight of his friends and family. This is his first full-length book.

Welcome to Our Family - eBook

A Play from Mesis Valley

A Perception of Life: Volume One

A New Constitution for a Free People - eBook

A Prayer for You