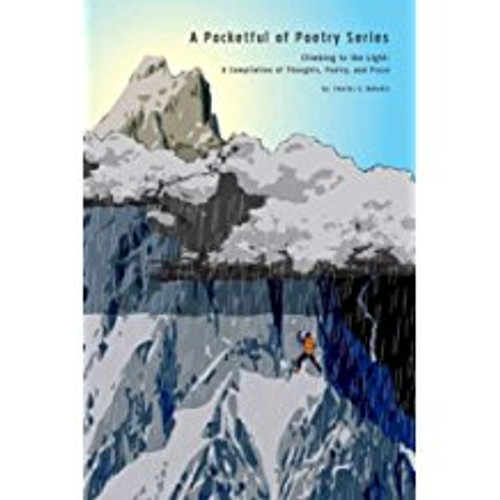 by Charles G. Mahabir A Pocketful of Poetry has been a work in progress over the last eleven years of my life. I started writing poetry in 1992 as a form of self-expression when I lived in Hawaii. Some of the best and most peaceful moments in my life were finding a local beach on Oahu, lying out all day with my walkman, and expressing myself on paper. The works in this book were written from 1996 to 2000, which I consider to be the transformation years of my life or where the core of my character was developed. I decided to release this collection of works to the public for a variety of reasons. I initially created a chapbook of my poetry for my closest family and friends as a way of saying, I love you and you mean the world to me. After some positive feedback about my work, I got an itch to take the work further. The second reason for getting it published was a friend telling me the book made a positive difference in her brothers life. My friends statement really hit home. I thought to myself, If this book made a difference in her brothers life, could it also make a difference in others lives as well? I am not saying I am a self-help guru by any means, but if I have a gift that makes a difference, why not share it? The third reason is I wanted to create something that could benefit those who are truly in need of love, attention, and monetary recourses. The biggest category I can think of is the lost children of the world. As mentioned on the cover, a portion of the proceeds of this book will go to Covenant House and Muscular Dystrophy Association. I chose Covenant House because it feeds, clothes, shelters, and educates homeless and runaway children in various cities across America. I chose MDA as another organization mainly due to the great work it does with children affected with muscular dystrophy. I also chose MDA because of my hero, Mattie Stepanek, who suffered and died as a result of muscular dystrophy. Mattie was a hero and friend to all of mankind, and if we were all at least one-fourth of the type of person Mattie was, three-fourths of the worlds problems would cease to exist. I hope you enjoy the book and find the purchase worthwhile. God bless you and yours! ABOUT THE AUTHOR Although he has lived throughout the United States, Charles G. Mahabir was born in Detroit, Michigan, where he spent most of years and learned a majority of lifes most precious lessons. Charles now resides in Northern Kentucky, which he calls his new home. Besides writing, his passions include his Savior Jesus Christ; his family; his girlfriend, Tiffani; martial arts; various entrepreneurial pursuits; and ultimately making a positive difference in the world. Charless favorite writers include Mattie Stepanek (his hero), J.R.R. Tolkien, R.A. Salvatore, and Anne Rice. (2007, paperback, 40 pages) Availability: Usually ships in 2-3 business days.

A Prayer for You

A Prayer & A Blessing

A Perception of Life: Volume One