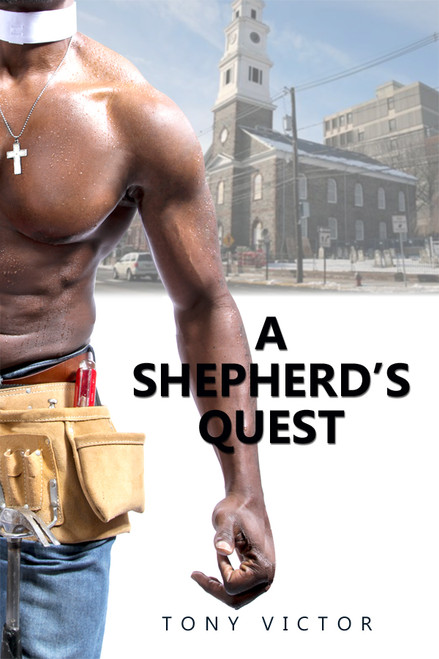 In a decaying Queens neighborhood, Joshua Hollis, a blind Baptist minister, struggles to save his church from foreclosure and certain demolition by developers. He works daily to maintain and repair his church and to keep his dwindling congregation alive. During his daily exercise routine he ponders on how to save his church and community.

Despite his efforts, Joshua’s flock keeps waning and his mortgage falls long passed the bank’s deadline. With no hope in sight, Chantel Lewis walks into his life, as if by divine intervention. She tells a dubious story of a little known miraculous vessel, hidden inside a monastery at the base of a volcano in North Africa. It would surely bring fame and fortune to his church.

Sheer desperation compels Joshua to embark on a perilous journey in search of the vessel. However, the evil he encounters along the way could have only been hatched out of hell itself. This is a journey of redemption, forgiveness, determination and, yes, the power of faith in the daily and eternal struggle of good versus evil.

Brooklyn born, Tony Victor, is a father of three with a diverse background in health and fitness fields. His early passion for exercise catapulted him into becoming a bodybuilding title holder, which along with his love for writing helped secure a five year position as associate editor of Muscle Training Illustrated magazine. He has been featured inside and on the cover of bodybuilding magazines and has lectured on television.

Tony later became a physical education teacher in Bedford Stuyvesant, where he started the first and only after-school bodybuilding club. He owned and operated a health food store for ten years and subsequently went on to become a chiropractor and hypnotherapist.

Tony has published Gym Savvy, an exercise training manual and completed several screenplays in different genres. His other interests include fishing, golf, horseback riding, as well as building and flying experimental aircraft.  In addition to writing, Tony enjoys sharing the good times with his wife.

A Tale of Two Kingdoms

A Reflection on the Homeostasis of Human Heritage - eBook

A Second Look at Christianity...Its Calendar, Holiday, Customs: Have Our Fathers Lied to Us?