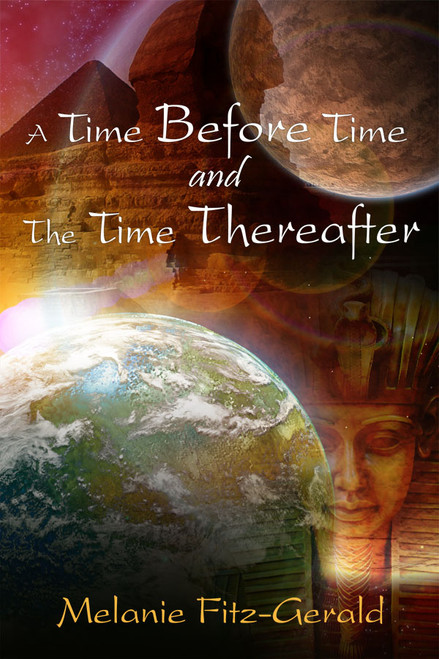 Peter Madden, a journalist working for the Daily Graph in South Africa, takes his reader on a journey of discovery, unravelling the secrets of the ancient people of Mesopotamia and Egypts first beginnings.

In the Earths remote past, ancient beings from a planet called Zita Reticuli came to Earth and, finding creatures living on the planet, they fashioned them into their own image to be used as slaves. Jealousy, greed and infighting soon lead to a mighty and ghastly war and tsunamis flooded the Earth.

Peters newspaper unwittingly gets caught up in the intrigues concerning an ancient Egyptian artefact sold on the black market. This artefact could be a key that will unlock a power of immeasurable force.

Peter and Johan Bekker are sent to Egypt to sniff out news and any bit of information they can. Did aliens leave the artefact here as a gift to mankind, or could its purpose be for something more sinister- the demise of man?

The author was born in Africa. With her husband, a musician and bandleader, she worked for a leading group of hotels and travelled extensively throughout Southern Africa. She had always wanted to travel further north and when an opportunity arrived in 1993 to take a trip to Israel and Egypt she grabbed it with both hands.

Reading about Egypt, Israel, Greece and Iraqs ancient past, revealed tales of legends and mythsplaces where ancient beings existed in a time before time and said to be the birthplace of civilisation.

From childhood, the author had asked Are we really alone in the Universe? She felt the nature of our world was far too complex for us to have evolved by chance. Her interest in this topic led her to research books on the many lost civilisations documented by esteemed authors in this field.

A Statement of Faith

Time to Shed Your Skin (PB)