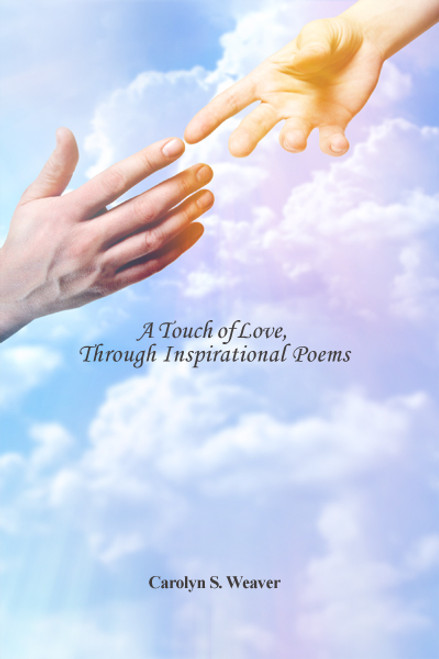 A Touch of Love, Through inspirational Poems
by Carolyn S. Weaver

Dealing with Post Menopause Depression, Carolyn S. Weaver began to hear voices that were more than the usual talking to yourself. These could not be controlled and progressively became worse. Speaking torment, cursing, lusting gestures, non-stop 24 hours, 7 days a week. Her rest came from exhaustion and confusion, not of her choice. Once diagnosed with Schizophrenia and Severe Paranoia, life has a different reality, another norm to adjust to. The long road of therapists, psychiatrists, drugs and emotions is still part of her life today.

In 2002, Weavers oldest son died in an automobile accident. The following year her father did not survive a heart attack. Through it all, God has been ever present and magnified in her life, which inspired these writings. Weaver provides a glimpse into the natural mind of which God still moves. She wrote every day for ten years, this emotional journey. Hoping this will inspire one to know there is one greater than life that will be with you in your darkest hour.

Carolyn S. Weaver grew up in a God-fearing home in Hanford, California. She accepted the Lord Jesus Christ at ten years of age. She makes God the head of her life and gives Him credit for any accomplishments she has made. Weaver earned her degree in Early Childhood Development in Visalia, California. She was a dedicated teacher on her job, in her local church, as well as in the State Young Peoples Union. In addition to writing and teaching, she enjoys singing, doing crossword puzzles and collecting recipes. At age 24, she married Thomas and raised two sons in Las Vegas, Nevada.

Mid-life at 43 (in 2001), Weaver relocated to Hope, Arkansas, to be with her parents, where life took a turn. Today, she cherishes all the time she can spend with her three grandchildren in Las Vegas and continues to live with Thomas in Pennsylvania.