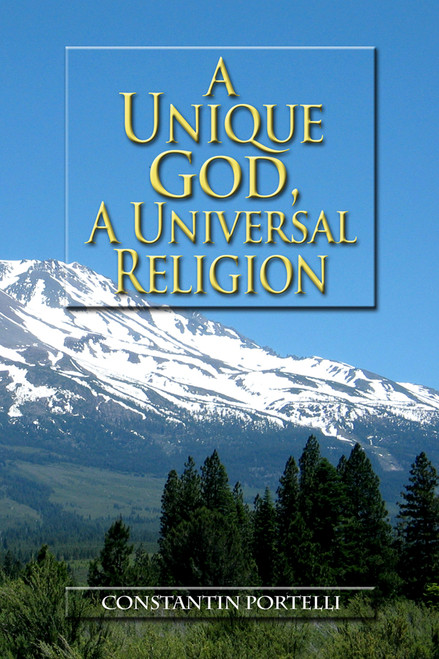 A Unique God, A Universal Religion
by Constantin Portelli

This book is important from two points of view. First, it presents some scientific data and arguments that demonstrate the role of a Creator Intelligence in the origin and development of world. So, the reader will have the opportunity to transform his oscillating belief in certitude. Second, it shows that the revelations and teachings, presented by the historic religions, are many times complementary. Together, they direct us to the discovery of a Universal Religion .The Universal Religion has been projected from the beginning by God, but it was too complicated to be understood in the previous stages of history. Now, the moment has arrived to discover it.

I was born October 8, 1927, in Braila, a port on the Danube in Romania. I ended my studies at the Faculty of Medicine in Iassy in 1954, and I practiced medicine for some years in different localities. In 1960, I obtained the post of scientific researcher at the Faculty of Medicine in Bucharest. I took the title of Master in Medical Science in 1974, conducting research and teaching students. In the same period, I worked as doctor in a hospital. I have written scientific papers and published ten scientific, religious, and philosophical books. My purpose was to achieve a synthesis between the science and religion. I worked for the modernization of religions and their convergence to a Universal Religion.

A Walk with John - eBook

About the Author Within