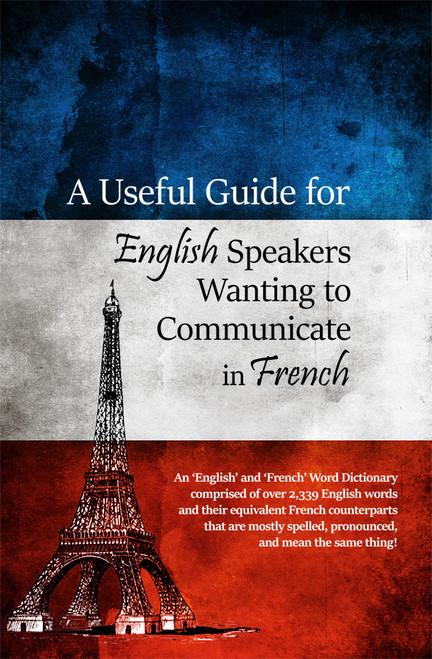 A Useful Guide for English Speakers Wanting to Communicate in French
by Paul S. Lessig

My first introduction to the French language was in the spring of 1962 when under the GI Educational Bill I enrolled, along with the other required courses, in French 101 at the College of Marin. Regretfully, employment pursuits required that I drop one course. To my lifelong regret I opted to cut French, since my eventual 40 year old professional career in International Advertising, Marketing, and Sales Promotion, as well as a 5 year tour as a Commercial Attach with the U.S. Department of Commerces Foreign Commercial Service, led me into numerous environments where being able to speak and comprehend French would have rendered my career even more successful.

With a decision to join my eventual spouses business in Belgium during 1977, I inherited a Belgian family, most of which had a sound understanding of English and were more interested in improving on my language than on insisting that I improve on theirs! During the ensuing 35 years I was somewhat successful in this respect, but managed to make only marginal progress in my attempt to obtain fluency in the French language, despite a 3 year residency in Belgium and ultimate 8 retirement years in France.

Still, during these periods I managed to observe segments of the French language that at least could be considered survival methods. For example, having enrolled in several French courses in both Belgium and France I noted that teachers tended to over-complicate French grammar; especially when tutoring English students. Over the course of my 78 years I noted that the basics of all languages are rooted in knowing how to address the Who, What, When, Where, and Why of a language. After more than 10 years of procrastination I decided to make a small contribution to help rectify this educational oversight! The result is this guide; the contents of which, while not a substitute for learning to speak and write fluently in French, will at least offer one the ability to communicate their desires, objectives, and needs when confronted by situations wherein only French is spoken and understood.

I hope the user of this guide will find its contents as informative and useful as I did in preparing it.