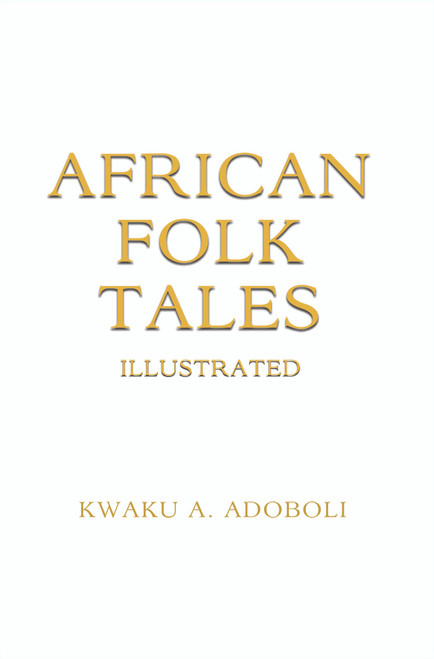 By: Kwaku A. Adoboli

The author picked up his love of folk tales from his father and his uncle, Okuma Totokpuiti Gamega. In the evening, the kids and some adults sat in a circle around the storytellers listening to the tales. The audience was alive and active, interjecting short songs, remarks, and dances as the tales progressed.

Folk tales are for entertainment. That is why the songs and dances come in. The tellers themselves may sing and dance. The children are allowed to tell their tales. Folk tales also teach lessons in obedience, loyalty, forgiveness, justice, and more. Folk tales encompass oral literature, adages, grammar, and dos and don’ts of the language. The tales are meant to teach the young people the customs and norms of their society. They are different from oral history. Oral histories are more involved and cover the behaviors and experiences of the people.

The author’s father told these tales with animation, joy, and happiness in three languages: IGO, EWE, and TWI. The tales are universal and can be told in any language. Interpret and propound wisdoms to children and adults in any society.

The Western World is aware of the famous African drums, rhythms, and songs. Now the author brings you the unique folk tales. They are not poems to repeat word by word. They are not told the same way twice. The readers can embellish and adjust them to given situations, use them in entertainment, or in expounding moral lessons. Folk tales are for action and are full of active verbs. All the American based tales were originated by the author.

Kwaku A. Adoboli was originally born in Togo and raised in Ghana, West Africa. Currently he lives in Beaufort, SC. with his wife Arnette Adoboli. They have two grown children, Afi Adoboli and John K. Adoboli, and four grandchildren, as well as the late Shawn Gadsden. His father, John Adoboli, was a farmer who owned and farmed his own cocoa farms. He was also a griot, an oral historian, who was often invited to various large gatherings in Togo and Ghana to tell oral histories of the people.

The author is now a retired university professor. He taught the following subjects at the University of South Carolina, Beaufort: American History, American Government, African History, and International Studies. He has diplomas in Accounting and Business Administration from London Royal Society of Arts, and taught those subjects at a variety of colleges in Ghana as well.

KADUNA: A Tale of an African Mafia

KADUNA: A Tale of an African Mafia