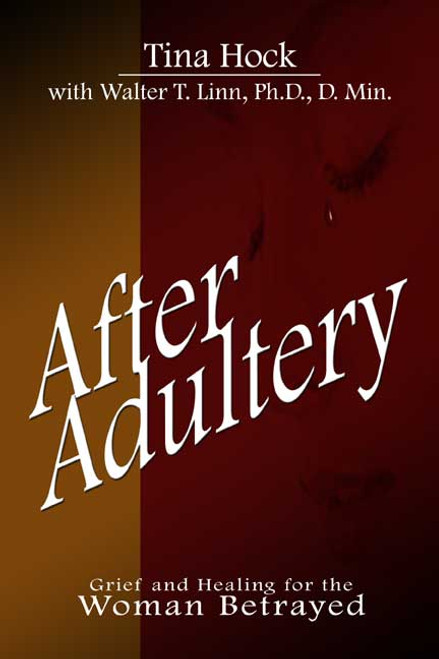 by Tina Hock with Walter T. Linn, PhD, DMin When Jane married David, she considered her vows a lifetime commitment. She placed her confidence and trust in her mate and in her mind, divorce was not an option. Sixteen years later, her world fell apart as a counselor helped David confess ten years of unfaithfulness to her. Suddenly Janes knight in shining armor was her enemy, and she experienced reactions and emotions new to her. Rage, vengeance, hatred, and disgust clouded her thoughts as she experienced stages of grief, depression, and mourning. Journal excerpts detail the raw emotions Jane dealt with as she struggled to regain her self-respect, dignity, and faith. It took five long years before she drew a line in the sand and decided to step over it instead of sinking into a pit of continued bitterness and heartache. Your book is like a fountain of life. Thank you. Virginia As a pastors wife, I have had the privilege of walking beside many women who have endured the heartbreak of an unfaithful husband, yet decided there was still hope for restoration in their marriage. This is not an easy road they walk, yet one that can be filled with blessing if survived. I have found After Adultery to be a tremendous tool in assisting these women it is a practical, straightforward book that deals candidly with the issue of surviving the aftermath of infidelity in a marriage. I highly recommend that anyone who counsels couples in crisis keep multiple copies of this book on hand as a resource for wives searching for the hope of survival. Ilene ABOUT THE AUTHORS Tina Hock lives with her husband of twenty-four years and their two children in Southern California. Mrs. Hock is passionate about helping grieving women and families throughout the world. Walter T. Linn, PhD, DMin, founded Genesis Counseling Service, located in San Bernardino, CA, in 1978. Dr. Linn has worked with couples and families for the last thirty-five years, has served on the faculties of several universities, and has spoken at seminars and conferences throughout the world. He consults with churches and businesses as well as works as a personal life coach with pastors and businessmen. He and his wife, Gayle, speak at couples retreats and parenting seminars. (2008, paperback, 234 pages) Availability: Usually ships in 2-3 business days.
×

The Woman at the Well

African Americans and Medical Diseases: An American Health Care Crisis That Is Crying For Help and Actions