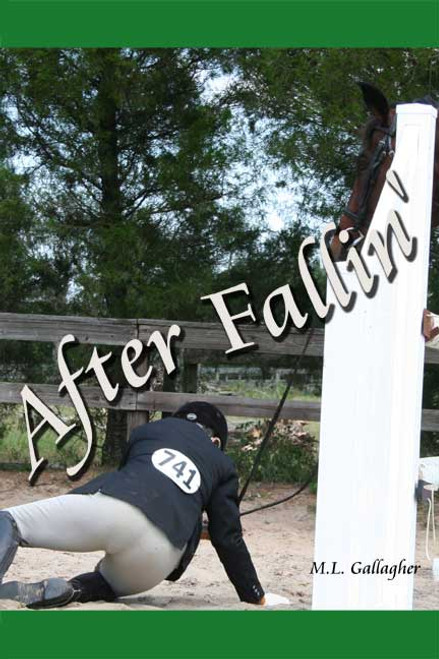 All of us who ride have had the unpleasant experience of falling from a horse. If you ride professionally, the odds are that it has happened to you more than the average rider. When you ride eight or nine horses a day, you will have mishaps, and after fifty years of equestrian endeavors, I have lots of stories.

After Fallin relays several events over many years that involved a student, a friend, or me horse showing, foxhunting, or training. Some ended in injury, which can sometimes be the case, but most did not. The point is that each time something knocks us down, we get up and try it again. For centuries the saying if it bucks you off, get back on has been repeated and not just by riding enthusiasts. Let After Fallin remind you of what you have overcome in your life.

M. L. Gallagher was born in Charleston, WV, in 1950. She is a graduate of West Virginia University in Morgantown. She developed her interest in riding due mainly to the influences of Mrs. Anne Spilman, also a native West Virginian. Under her guidance, she learned to foxhunt and horse show. After college graduation, she took a job in the hunt country of Tennessee. In 1975 she migrated to Winter Haven, Florida, where she began a pursuit of the perfect show horse under the tutelage of Richard Watson. Breaking away from the Watson family, she opened her own Ridge Point Stables in Lakeland, Florida.

Her students have qualified and competed at USEF Pony Finals and all three Medal Finals. In 1999 Ridge Point relocated to Haines City, Florida, on what is known as the Florida Ridge. She is married to Mike Gallagher, a well-regarded farrier, and has one daughter attending Savannah College of Art and Design.