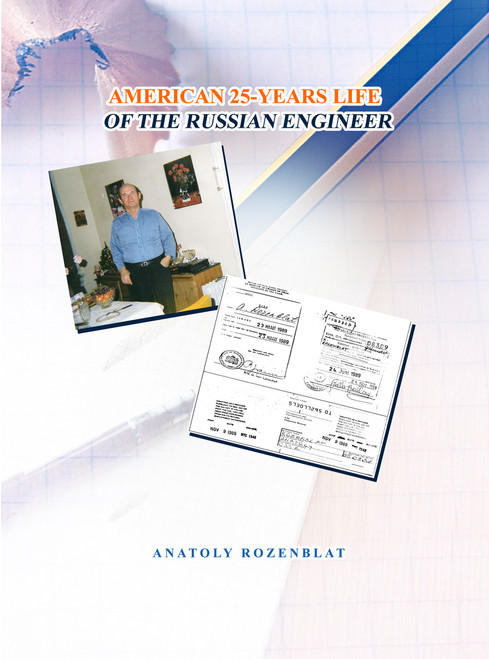 American 25-Years Life of the Russian Engineer
by Anatoly Rozenblat

This book is written about of the Soviet-Jewish immigration of 1989 and advantageously recommended for the social workers and of some official structures of America who has interest to the immigration processes.

And content of this book includes such important topics as:

Problems of selection and humiliation of former Soviet Jews in Italian transit camp immigration in 1989 about of definition the status of Refugee;

Shown the real statistics of emigrants survival process advantageously the professional people and of their unclaimed in this American immigration.

He completed studies in Odessa Marine Institute of Marine Engineers in 1967, Odessa and Moscow Patent Institutes in 1983 and 1986 respectfully and also the Chicago East-West University in Computer Science in 1998.

As the Independent Scientist and Inventor he was invited on 26th, 27th, 28th and 29th Israel Conferences on Mechanical Engineers and presented 8 new technical papers. He also has received the numerous awards from IBC (England, Cambridge) , ABI (USA) and Marquis Who s who in America.

Amazing Love How Can It Be