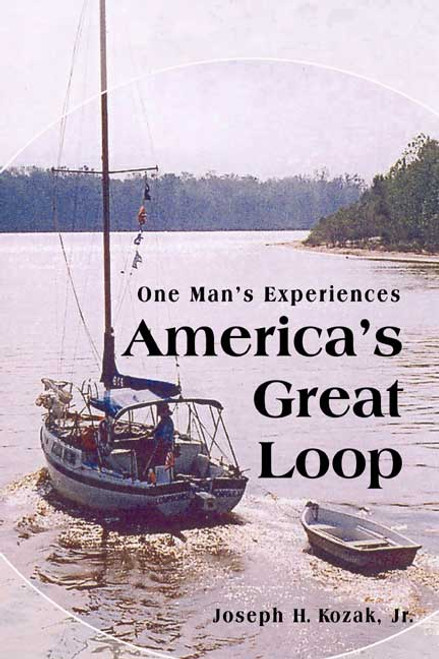 by Joseph H. Kozak, Jr. This book is written mostly in log style to better show the unexpected situations that arise. Up rivers in flood, cruising in tranquil lakes, and going through areas recently ravaged by hurricanes, the story is told in the writers unique fashion, as only one who has been there and done that can do. It is a combination of suspense (What will go wrong next?), adventure (What is around the next bend in the river?), practical data (chart numbers and GPS waypoints), and other information (what restaurants to eat at and which to avoid). It has something for everyone. ABOUT THE AUTHOR Joseph H. Kozak Jr. was born in Toledo, Ohio, but was raised in southern Maryland. He served in the U.S. Navy from 1955 through 1959 and retired from civil service in 1993 after serving twelve years as crew aboard a two hundred sixty-foot government ship. He purchased his sailboat in 1985 and has lived aboard since 1993. Before Americas Great Loop (a circumnavigation of the eastern United States), he traveled on his sailboat about thirty-five thousand miles. Divorced, he has a son, Joseph III, in New Mexico and a stepson, Neil, in New Hampshire. (2007, paperback, 612 pages) Availability: Usually ships in 2-3 business days.
×