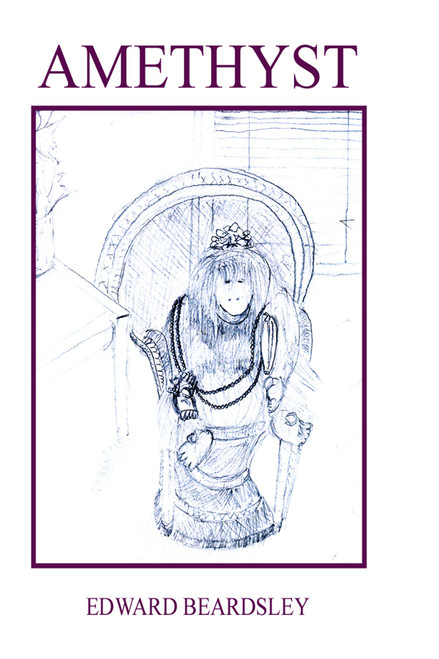 Lucy Mae, the narrator of this story, is an orangutan from the island of Borneo. To protect her from the poachers who threatened her life, Lucys father smuggled her aboard a U.S. Navy ship bound for America.

In Chicago, with the aid of her new, human, parents and the mysteries of animism and chemistry, Lucy Mae overcomes the limits of her 97% human DNA to become fully human.

Lucy Maes new mom is a teacher and her dad is a reporter who is writing a novel set in Antarctica. The novel is the impetus for their trip to the bottom of the world on a sailboat with a woman who owns the boat and who threatens the marriage of Lucys new dad and her mom, who cannot leave her school to go with them.

Pirates attack the boat off the coast of Peru and ice damages one of the boats propellers in the Bay of Whales.

Lucy Maes new mom is an alcoholic and it is the amethyst given to Lucy Mae by her mother in Borneo that becomes the cure for her new moms illness.

Edward Beardsley was born in Chicago and spent his first seventeen years there. He dropped out of high school to join the U.S. Navy. After boot camp he was assigned to Task Force 68, Operation Highjump, bound for Antarctica under command of Admiral Richard E. Byrd.

Beardsley earned a BA from Westminster College in Missouri and later his MA from Stetson University in Florida. He spent thirty-one years as a teacher and principal in the Volusia County, Florida public schools. He retired to write fiction, beginning with short stories that led him to novels. AMETHYST is his third novel.

Beardsley has driven a cab in Chicago, wrestled alligators and trained porpoises in Daytona Beach. He spent twenty years running long distance races from the mile to the marathon and has played tennis most of his life. He has been a jazz drummer from childhood. He and his wife, Ann, raised two children, James and Mary, both graduates of the University of Florida. He now lives and writes in San Mateo, Florida.

All for the Love of Max