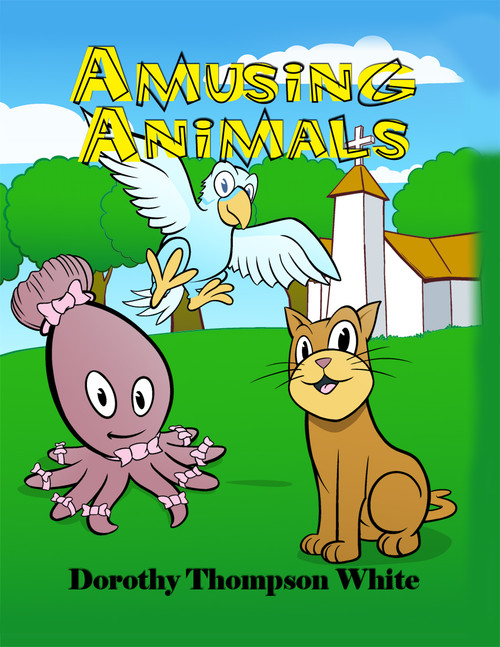 Author Dorothy Thompson White is elated to be the author of these short stories for children. Only one of her stories, The Outgoing Octopus, is fiction. The others, Twitty Chose Jenny and The Faithful Church Cat, are true stories. White believes that children especially will enjoy these stories because they prove just how amusing animals truly are, because of their close bond with humans.

Dorothy Thompson White was born on October 7, 1935, in the small town of Guin, Alabama. White enjoyed an entire school life of both singing and writing. White’s high school English and home-room teacher discovered her writing talent and said her writing was as good as her singing. She gave Dorothy perfect 100s on all her themes she wrote.

Many people told her she should go to New York City and become a Broadway star, however her young love for her steady boyfriend for three school years caused her to marry him after graduation in 1954 and move to Birmingham, Alabama, where he lived and worked. He died in 1975 leaving White a young widow at thirty-nine years old.

In 1981, White married a man from Kentucky who died in 2003. She then moved back to her hometown of Guin, Alabama.

In 2014 she married one more man who died in 2016. That’s when White said, “I don’t want to marry again no matter how good they are. I am now eighty-one years old and I am going to become an author as soon as possible.” White had written a fiction story in 1996 while living in Kentucky titled, The Outgoing Octopus. Twitty Chose Jenny and The Faithful Church Cat were written in 2016.