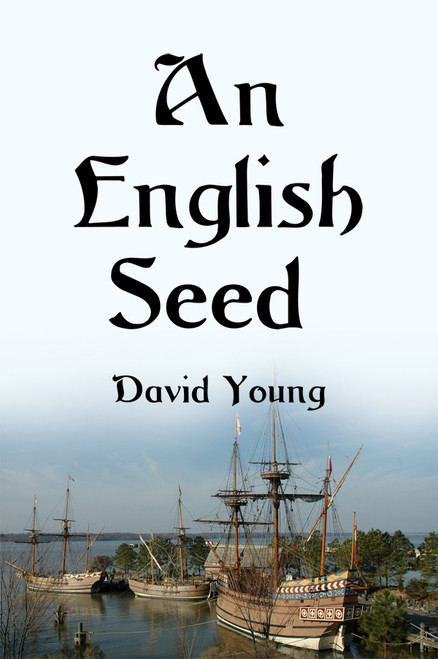 An English Seed
by David Young

The story of Jamestown is not as well known as that of the Pilgrims and the Plymouth colony. Jamestown was the first permanent English settlement in the New World, settled thirteen years prior to the Plymouth Colony. The Virginia colony saw the first Thanksgiving in 1619, a year before the Pilgrims set foot on Plymouth Rock. In the same year, the first representative governmental body, the House of Burgesses, met in Jamestown.

The history of Jamestown is a tale of endurance. The colony persevered through disease, starvation and numerous conflicts with the tribes of the Powhatan Confederation. The settlers carried on as hopes for quick wealth came to naught, and attempts to make the colony profitable failed time and again. The earliest Virginians continued to build in the face of a mortality rate shocking for those times.

An English Seed takes the reader from the comfortable twenty-first century and plants him in a seventeenth-century wilderness, a place filled with challenges, trials and danger. It is a world that views life from a perspective alien to modern Western man. Confronted by a multitude of tribulations, the English colonists of Jamestown laid the first foundation stone of what would become the United States of America.

David Youngs family moved to Virginia before he was two. He has lived there for all but three years since that event. Early in his life he was drawn to history, particularly to the story of his adopted home state.

Virginia nurtured his passion for the events and people of the past. There are the well-known old homes of famous men and families. Virginia was the focal point of the Civil War; it has nearly as many battlefields as Iowa has cornfields. Wherever the author looked in his home state he found history.