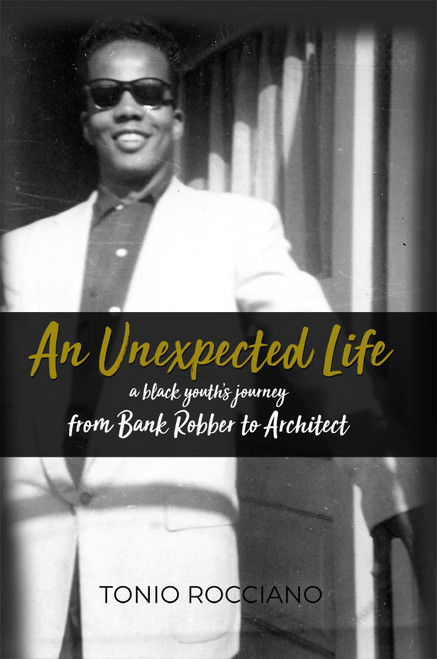 Tonio Rocciano was just fifteen. Considered “too young” and “too small,” no one would hire him. So he robbed a bank. He was caught and sentenced to the state reformatory in 1947.

At seventeen, Tonio was conditionally released. As a Navy frogman he participated in the Korean invasion at Inchon. Tonio would be discharged for striking an officer.

Once he was a civilian, Tonio fought with a man who had called him a racial slur; Tonio was incarcerated once again in Buena Vista. An unfortunate event sent Tonio to the Colorado State Penitentiary in Canon City in a cell on Death Row. The truth is yet to be known.

Unwind the story of An Unexpected Life: Tonio’s twists, tumbles and intrigue will draw you into this fascinating account of a multiracial youth finding his way.

Tonio Rocciano is a novice writer. A life filled with small beginnings and large successes have proven that he accomplishes what he sets out to do.

Today, Tonio is a semi-retired architectural designer. His design work is featured in many professional magazines and newspapers. Tonio designs award-winning homes, buildings and complexes across the country.

And Life Goes On