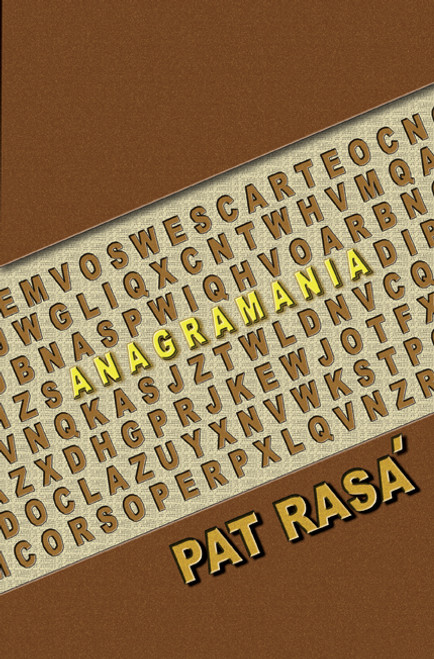 by Pat Rasa Do you like word puzzles? Then this may be the ultimate puzzle-solvers challenge. The product of five years of research, this may be the ultimate anagram dictionary. In its composition, Pat Rasa used three dictionaries, maps, Nobel Prize-winning topics, sports figures, actors, pharmaceuticals, as well as non-English words that have been incorporated into the English language. An included glossary defines and describes terms and places with which many people are not familiar, making this perhaps the most complete book of its kind. ABOUT THE AUTHOR Born in Manchester, New Hampshire, Pat Rasa moved to Washingotn D.C., and at the age of four he moved to his homeland, Italy, where he witnessed the ravages of World War II. Since he retained his American citizenship, Rasa was able to join the American army. When discharged, he returned to America, and in 1947 he was reunited with his childhood friend, Grace. He worked for a drug corporation for forty-five years, earning a reputation as the best drug-purchasing agent on the East Coast. He and Grace lived and loved until 2001, when Pat lost his battle with lung cancer. (2004, paperback, 428 pages) Availability: Usually ships in 2 3 business days.
×