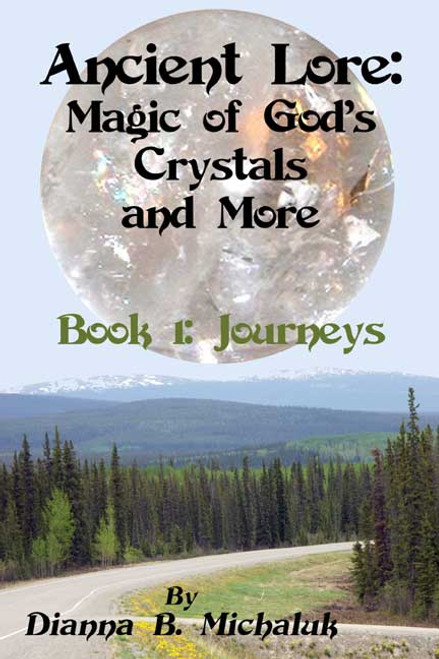 by Dianna B. Michaluk The book starts with Cecilia and Jake taking a rest from their high-pressured jobs to journey up the Alaska Highway in a motor home. They stop at Blueberry Stop, where they both get jobs. Cecilia buys a box of figurines only to find a small crystal ball in a box with an old poem, which starts a journey of magic and wonderment. As they travel up the highway toward the Yukon, they find a boy, Andrew, who shows considerable interest in the glass ball. As the journey progresses, they all have an awakening that will change their lives forever. Cecilia has memories of her grandmother and the stories she used to tell, and wonders if they were tales of Norwegian fantasy to keep a young girls imagination working or ancient lore. Does Andrew travel through the portal of time to the opening ceremonies of the Alaska Highway, November 20th, 1942? Cecilia, Jake, and Andrew all have questions of what is real, what is illusion, and what will be next. ABOUT THE AUTHOR My life started in 1943 in Innisfail, Alberta. I saw the explosion of an oil rig before I was four years old. I had to walk five miles to school, then see it burn down because of the wood stove at the back of the one room. From grade one to grade nine, I went to so many schools, I lost count. I never finished a grade in one school. I was on my own and working by the time I was sixteen years old. I studied fashion design and became a professional before I knew what was happening. I went to Paris, France, in the spring of 1977. In 1975, I replied to an advertisement on television to become a host for the Southern Alberta Winter Games. I got the position and carried the Alberta flag in front of thousands of people in the arena and on CTV. I met my husband John in the late 1950s and eventually got married in February of 1988, and we went on tour and worked along the Alaska Highway. On our way to the Yukon, we did stay at the logging camp and almost got snowed in until the grader came along. We moved to Kimberley in 1990 on Easter weekend. My husband passed away on Easter weekend of 2005. We had seventeen years of marriage, and he encouraged me to write my life story. So mixed with the magic, you can find my story, maybe to guide you, make you laugh or cry, but do enjoy life. Remember, what you look at outside your window could be your magical journey. (2007, paperback, 76 pages) Availability: Usually ships in 2-3 business days.
×

An Unknown Encounter: A True Account of the San Pedro Haunting