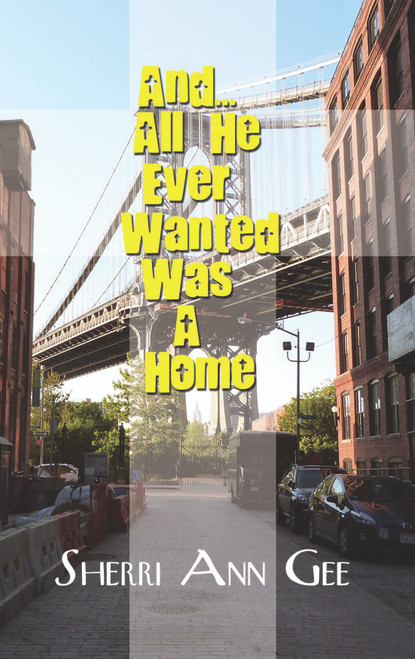 And... All He Ever Wanted Was A Home

On the streets of Harlem, a twelve-year-old survives ghetto life with three of his father’s adult male friends. After his father’s death, the twelve-year-old gained unexplainable strength to live abandoned, and homeless only to remember his mother’s teaching of how to pray. In his time of struggle a new friend appears homeless, with no knowledge of how to pray, and the twelve-year-old taught the new friend well. The man became a father figure to the twelve-year-old indeed, and the two of them together meet life’s challenges head on when time brought them both in a setting where their family members met and were united in a reunion as one. Remarkable discoveries of building a world with faith and holding on to God’s unchanging hands brings unbelievable changes in their lives that enriches their hearts forever in a story to be told unlike before . . . “And All He Ever Wanted Was a Home.”

Author Sherri Ann Gee believes that this book can be used to guide readers to explore God’s divine love in our lives. She also believes this story would make a great Christmas Spiritual Special to be viewed by many children who may feel without hope. It would give a child incentive to hold onto God’s unchanging hands and, to an adult, the courage to surrender their all even to a child’s knowledge of prayer that:

God is an awesome God all the time.

This book is dedicated to my father Mr. Robert Mackallister McGee, husband of my mother Mrs. Mattie Pearl McGee.

A Home for All: How a Little Puppy Finds a Home