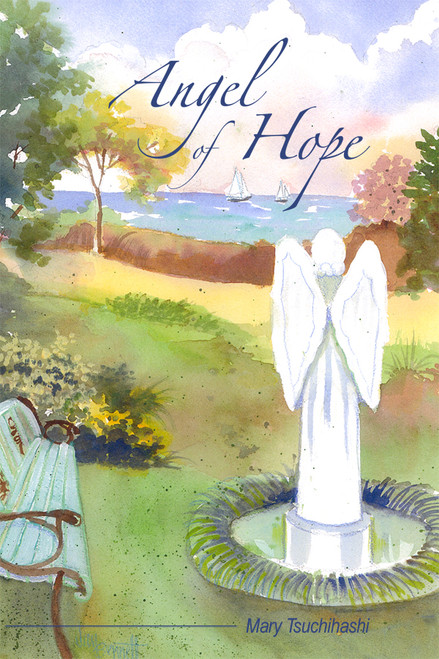 Angel of Hope
by Mary Tsuchihashi

This story was inspired by a beautiful cemetery the author saw in southern California, after attending the funeral of a relative. She wanted to write a story revolving around a lovely cemetery.

Mary Tsuchihashi has always been interested in ghost stories, especially cheerful stories, like Casper, Topper, and the Canterville Ghost. The point of this story is not to scare people, but to give a feeling that your spirit still goes on after you are physically gone. What would you like to do if you had no limits and could open a new page to existence?

Mary Tsuchihashi was born in Worcester, Massachusetts. She moved to New York after marrying Tokio Tsuchihashi. They lived in New York City, later moving to Long Island. Mary and her family have moved to many places due to her husbands job. She has lived in Massachusetts; New York; the Netherlands; Dallas, Texas; Huntington Beach, California; Connecticut; and is currently living in Virginia. They have traveled extensively, including many trips to visit Tokios family in Japan.

Mary has never seen a ghost, but she thinks they exist and hopes to think that there is more to life and death.

And Then I Wonder