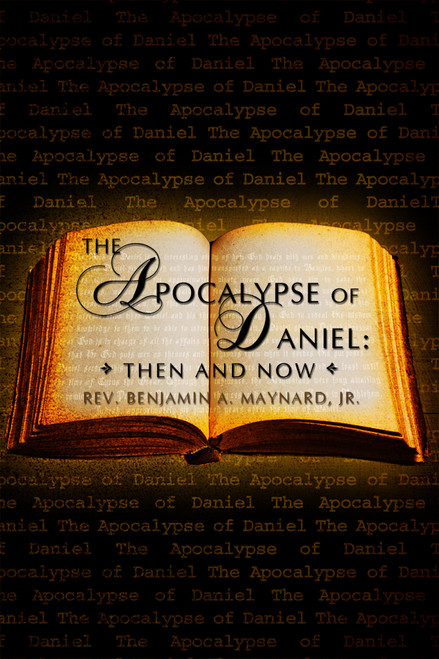 The Apocalypse of Daniel: Then and Now is an interesting study of how God deals with men and kingdoms. He takes Daniel from Judah and has him transported as a captive to Babylon, where he serves the royal court for approximately ninety years. God uses him to save the soothsayers, magicians, and Chaldeans from death when they could not interpret Nebuchadnezzars dream. At this time, God prepares Daniel to serve Him by giving him the interpretation when Daniel and his three friends pray for God to reveal His wisdom and knowledge to them to be able to interpret the dream. Daniel shows Nebuchadnezzar that God is in charge of all the affairs of man and only he controls destinies of men, and that He God puts men on thrones and dethrones them when it serves His purposes.

Daniel served this erstwhile king for over forty years and Daniel served at least until the time of Cyrus the Great. Through his influence, the Babylonians were long awaiting the coming of the Prince of Peace, whereas they responded and found Jesus in Bethlehem, Judeah, approximately six hundred years after the time of Daniel.

Rev. Benjamin A. Maynard, Jr., was born on October 13, 1940, in Kansas City, Missouri, where he grew up. He went to Marlborough Elementary School and also went to Paseo High School, where he graduated on June 4, 1958. He then entered the United States Army on October 30, 1958, honorably discharged on February 14, 1962, then entered the United States Air Force on April 10, 1962, honorably retired on February 1, 1981. While he was in the Air Force, he attained his Associates of Mid Management Degree from the Vernon Regional Junior College of Vernon, Texas. He pastored the Pleasant Bethel Baptist Church, whereby he was ordained to the Gospel Ministry on August 23, 1981.

After pastoring the First Southern Baptist Church of Blairstown, Missouri, he entered the Midwestern Baptist Theological Seminary in Kansas City, Missouri, in 1985, graduating in May 1987 with an Associates of Divinity Degree. After graduating from Seminary, he pastored the Ness City First Southern Baptist Church of Ness City, Kansas, after which he returned to Northern Missouri, where he pastored the Newtown Baptist Church, and then he began to pastor the Fairview Baptist Church of Pollock, Missouri. Rev. Maynard is married to Margaret Ann Reed Maynard. They have two sons. Samuel resides in Orange, California; he works as a computer technician for the Orange County Sheriffs Department. The Maynards also have a son named Kenneth, who is single and resides in the home.

Apocalypse 1: The Pen is Mightier Than the Gun: Ecclesiastical vs. Secular