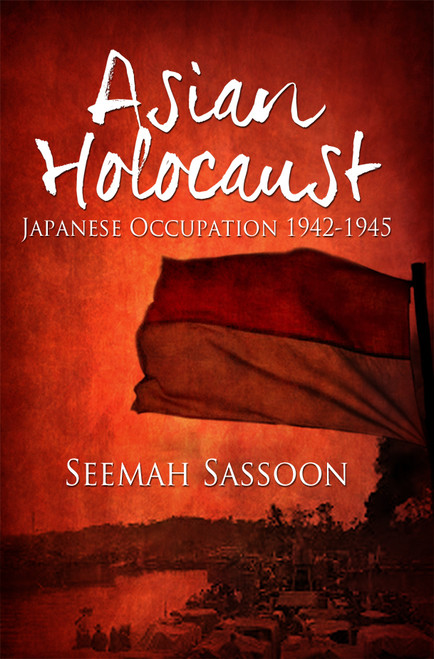 The Asian Holocaust
by Seemah Sassoon

Regina and Charles Joshua are a young couple with four little girls who lived in Surabaya, Indonesia. This story is about a tragic period of history from 19421945, when Japan occupied Indonesia.

Japanese troops came and took away Charles. Regina was terrified, not knowing what they were up too and if Charles be brought back alive.

The next day a truck came and took Regina and her children. They were locked up for the next three and half years, moving from camp to camp.

This is a story of faith and courage, about a mother who never gave up on hope and one of the most horrific times in history.

Seemah Sassoon was born in Surabaya, Indonesia on December 30, 1939. She is the third child in a family of eight, with six girls and two boys. Seemah went to school in Surabaya, and received a Dutch education. After high school, she took courses in business administration. She speaks four languages: Dutch, English, Indonesian, and Arabic.

At the age of seventeen, Seemah married Esrak Mayer Sassoon. He was an optometrist and ran his own business in Surabaya. They have three children, George, Aaron, and Deborah.

In 1980 the family left Indonesia and moved to Los Angeles, California. Seemah now has six grandchildren, five boys and one girl. They are very special to Seemah and her husband.

Seemahs favorite sports are swimming, badminton, and cycling. She also loves the arts, drawing, flower arrangements, and reading about history.