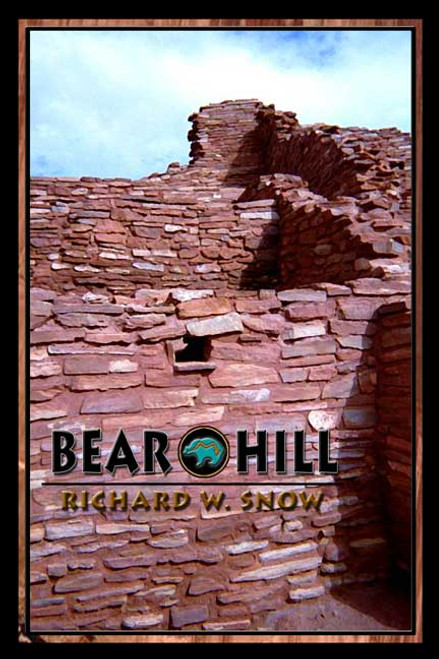 by Richard W. Snow, Illustrated by Tom Bretz Omo, Ali, and Old Moon lived between the Basket Maker and Pueblo I eras, when people were transitioning from hunter-gatherers to builders and farmers. Omo is a talented and respected member of the family group. A jealous rival, Luk, schemes against him, causing him to be run out of the family group. Omo struggles to build a new life. Bear Hill takes place in the Southwestern United States before A.D. 800. Archaeologists call these people the Anasazi, or ancient ones. Although they left no written record, much can be learned about them from the artifacts they left behind. ABOUT THE AUTHOR Richard W. Snow was born in 1928 on a farm in North Central Indiana. At age 18 he entered the U.S. Marine Corps, where he spent the next 22 years and retired as a Captain. Following his Marine career, Richard entered the University of Washington and received a degree in Natural Science. He taught for 12 years in the Washington Public School system. Richard retired to Arizona, where he finds time in his busy schedule to practice amateur archaeology at Crow Canyon Archaeological Center near Cortez, Colorado. A passion for archaeology and writing inspired Richard to write Bear Hill, his first published book. (2006, paperback, 84 pages) Availability: Usually ships in 2-3 business days.
×

Backwoods: A Collection of Rural Poetry of Love, Truth, Life and Death