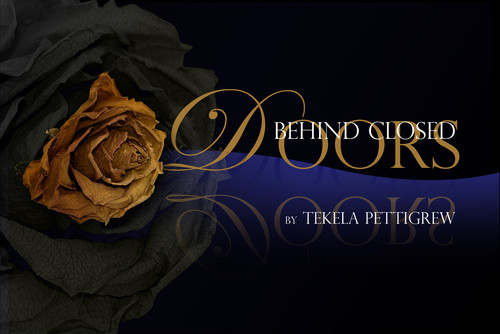 Behind Closed Doors
by Tekela Pettigrew

Behind Closed Doors is the story of one womans struggle to find love and raise her children as a single mother.

Turner found herself pregnant and in love at the age of 17. Then she found out the man she is in love with is married and has children. In her devastation, Turner looses her baby. But this did not end her relationship. She became pregnant again and moved in with this man and his family.

In the years that follow, Turner ends up pregnant for a third time by the same man. She had let go of her relationship with the father of her children by this time, and he and his wife had split up, but Turner remained entangled with his ex-wife and her new boyfriend because she takes her in while she figures out what to do and where to go.

Then everything changes one night when Turner goes out to a club with her sisters and friends. There she meets her future husband, and she becomes the wife of a man she never thought would later become a pastor. They have been married for years and have a total of seven children.

Behind Closed Doors is a story about facing challenges with faith and always remaining sincere and hopeful.