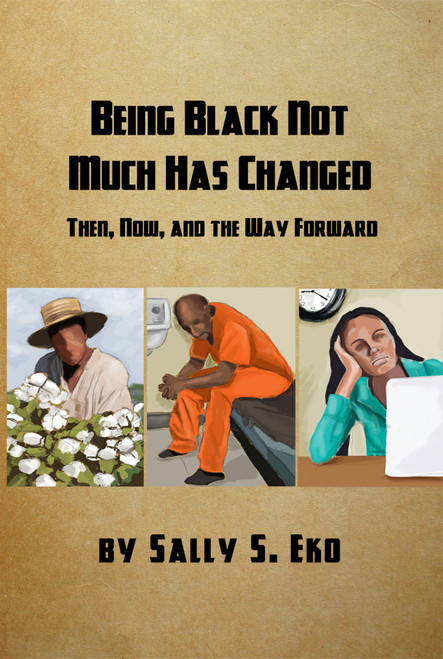 Being Black Not Much Has Changed: Then, Now and the Way Forward
by Sally S. Eko

Being Black Not Much Has Changed: Then, Now and the Way Forward is about the movement of black people from Africa to North and South America, their enslavement, emancipation and their great contribution to their new home. The colonization of Africa, struggles for independence, military coups, the economy, problems and how black people can move forward by developing Africa to make the continent a source of pride for black people are all discussed.

Black people have contributed a lot to the progress of the world in many ways. Their free labor contributed to the development of the United States of America. Their ingenuity and productivity resulted in the creation and invention of many things we use today.

This book wants to bring to light the goodness in black people because the world only acknowledges few among them; too many that have contributed positively to the world are forgotten.

Sally S. Eko grew up in Ghana and Nigeria. Her parents migrated from Nigeria to Ghana when she was a baby. She graduated from the University of Illinois at Urbana Champaign, with a Bachelor of Science Degree in Finance, in 1981. She worked briefly with American Savings Bank and Nigeria Consulate, New York, before moving back to Nigeria in 1982. She completed her National Youth Service in the Nigeria in the National assembly in 1983. She worked briefly with the Nigerian Television Authority in the Audit Department and later in banking positions. She obtained an Executive MBA in 2000 from Obafemi Awolowo University in Nigeria.

Sally moved back to the United States in 2001 to be close to her two children. Sally is very passionate about the plight and progress of black people wherever they are. Sally currently lives in Atlanta.