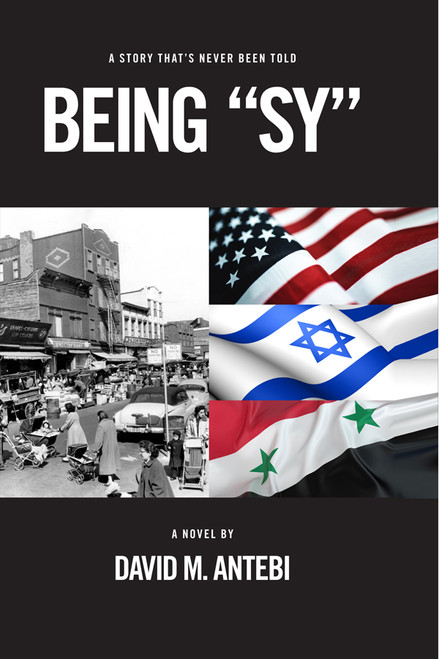 Being SY
by David M. Antebi

Being SY is the story of one mans passage through life and his struggle to come to grips with the beliefs and mores of the community he loves, the Syrian Jews of Brooklyn, New Yorka community which has now expanded to New York City, Deal, New Jersey, and Southern Florida, and whose population has grown to nearly 100,000.

With clashes between faith and fact, it is also a tale of self-examination and emotional healing. The protagonist, Daniel Dweck, a wealthy real estate investor, faces the final years of life and questions whether to pursue a newly found romance.

The SYs have come a long way from when they first settled in America in the early 20th century. From being peddlers and low paid workers, they have grown into a prosperous group of citizens, who have attained fortunes through real estate holdings, wholesaling imports from China, retail chain stores and other lucrative enterprises. There are many SY millionaires and even a few billionaires.

The SY communal group is complex and shuns publicity, preferring to remain anonymous. It is a community that intensely resists becoming fully assimilated into the American mainstream. SYs are extremely generous and charitable and care for one another through the many organizations within the community.

David M. Antebi was born and raised in the Syrian Jewish community of Brooklyn, New York, and has had a lifelong passion for writing. He has written screenplays and original music. He was a decorative arts dealer for more than thirty years with galleries in Beverly Hills, California, and New York City, before owning a franchise in his sons business, Juice Press. Antebi now resides in southern Florida.