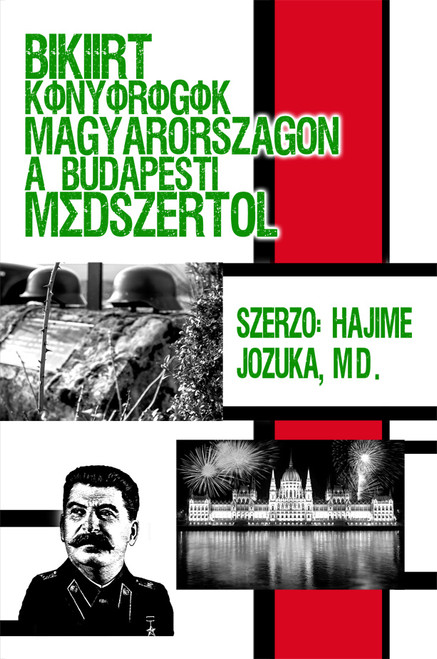 There is no fiction in this book. Towards the end of World War II, the Nazi German troops tried to occupy Hungary. Instead, there was a Soviet Army victory through a lot of momentum and overwhelming power. Without missing this opportunity, the Soviet troops, who were watching, received the glory of aiding the Hungarian citizens. The Soviet Union became a benefactor.

Then, the Soviet Union left while leaving strength in Hungary. Hungary was under Stalin’s tyranny. Abuse began and, this time, the Hungarian citizens who were under the control of the Soviet army, stood up in search of liberation from the Soviet Union

While Szerzo: Hajime Jozuka, MD. is a psychiatrist, he also specializes in oncology and sexual science. He has visited Hungary several times and researched coverage of events in 1956. In oncology, he administered SSRI, a medication for depression, to help end-stage cancer patients and saved lives through his painting therapy and play therapy. He translated his results into English, German, and Japanese and sent it to each country for free. His main research is that Bence Jones protein has been found in mental illness and a cure for multiple myeloma.

I Love You So Much, but God Loves You the Most!