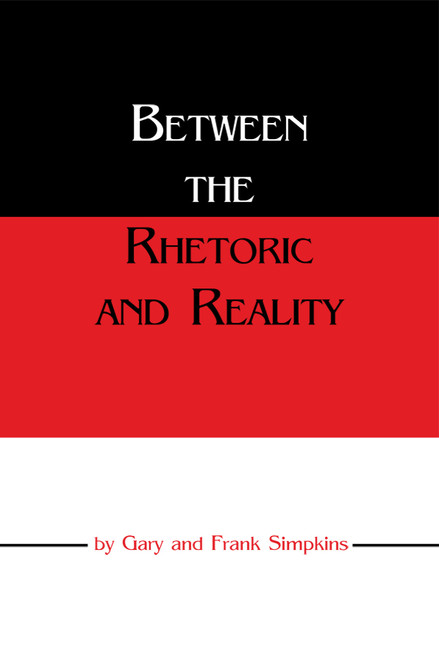 Between the Rhetoric and Reality traces the history of the Black American population and their unique plight, which began upon their arrival in Jamestown, Virginia, before the Mayflower landed.

The authors weave their own autobiographical accounts with major historical milestones, chronicling the African-American plight from Reconstruction to Brown vs. the Board of Education to present-day America. The authors focus their work on the American educational system, highlighting the question, Were African Americans better off before the decision of Brown vs. the Board of Education?

Many of the details and statistics cited indicate alarming illiteracy rates and high dropout rates for disadvantaged Black and Latino students across the country. These rates stand in sharp contrast to those of their White peers, and the Black/White academic test score gap continues to widen.

The authors also discuss other problems that afflict the Black community, including the horrendous incarceration rates of juvenile and young adult Black males, the shocking rates of Black abortions, and the precarious and implosive condition of the Black family in America. They connect these problems that plague the Black community to society as a whole in order to show that these alarming figures are more that just statistics they have widespread consequences upon American society.

Between the Rhetoric and Reality is designed to draw the readers attention to pertinent issues outside of Americas current overwhelming focus on the economy and the wars in Iraq and Afghanistan. Issues such as educational failure, illegal immigration, media censorship, and lower-class poverty threaten the country from within.

A Temple Between Words