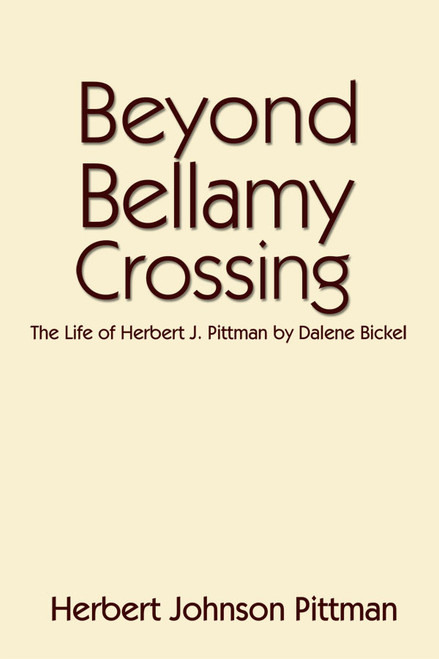 Beyond Bellamy Crossing: The Life of Herbert J. Pittman by Dalene Bickel
by Herbert Pittman

The book reveals history, geography, adventure, and poetry. Its all about the authors life story covering all the many travels stateside and overseas.

In Korea, there were bunkers, sand-bagging revealing the many things about the war. On Guam, there were many caves to explore: Snails, slugs, shrews, geckos and snakes galore, (2,000,000.00) or more, in the jungle.

In Mississippi, Georgia, Texas and North Dakota, there was the life of living in trailers, raising families and more. North Africa, Turkey and Cam Rahn Bay, life went from the hot desert (Sahara) 115 degrees or more to the boiling heat of Cam Rahn Bay

Poetry was written; about the life in the Sahara Desert, where an American B-24 Bomber, "Lady Be Good", was uncovered by the shifting sands and items were found inside: water, coffee and cigarette lighter, etc.

Herbert Johnson Pittman was born August 1, 1930, in Bellamy Crossing, near Allenton, N.C. He was the fourth child of six children, of James Bethel and Emma Caledonia Pittman. He was named after his mothers brother, Herbert Todd, who died at the age of 26.

He attended Allenton High School until the eighth grade and the family moved to Laurinburg, N.C. in 1945. Upon completion of high school, he joined the United States Air Force and from there he married Evelyn Bernistine Brown, whose father was a Church of God Preacher.

Mr. Pittman worked, with the United States Post Office, to retire in 1989. He moved to Holden Beach for 20 years and returned to Laurinburg where he built a house and where he lives today.