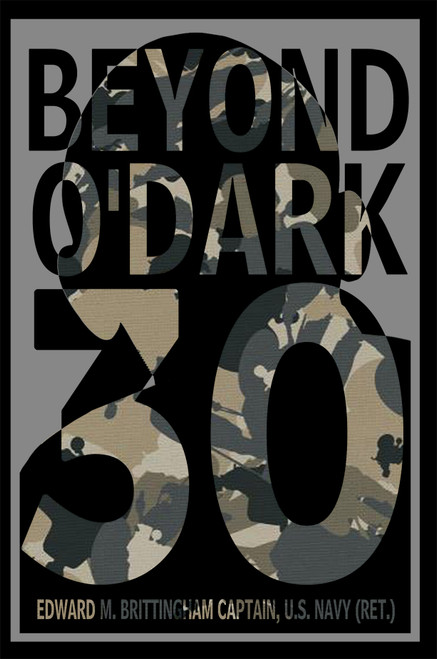 Beyond O' Dark 30 is the author's take on what is happening to this country. This promised land has fallen apart due to our loss of foreign policy and the degrading of our military. Our allies are laughing as our leader is both weak and a failure. Our national debt has increased more than ever and for what? Polls now show that a majority of people think Romney would have made the better president. We are vulnerable to another terrorist attack, Syria has already launched chemical weapons, and no one understands Obamacare. Why does Benghazi go unnoticed in the White House? The many scandals of the IRS and the National Security Agency affect every American. Do you believe the President was really born in America?

Edward M. Brittingham Captain, U.S. Navy (RET.) addresses all of these issues in his latest book. This is a must read.

Edward M. Brittingham Captain, U.S. Navy (RET.) served in the Navy as a Naval Flight Officer, a Tactical Coordinator who detected Soviet subs during the Cold War, and advanced to Commanding Officer of VP-11. Upon orders to the Pentagon, he excelled in promoting Surveillance Towed Array Sensor (SURTASS) and briefed 32 Admirals on ASW techniques. In 1985 he suffered a stroke which ended his career.

In 1995 Brittingham wrote his first book. Since then he has written five books with a thrill-a-minute mix of submarine warfare, imminent danger, terrorism, bravery, technological wonder, and an intriguing bit of fiction.

Brittingham is a member of ROMEO retired men, Military Officer of America, and Commander Roanoke Valley Chapter 15 in Roanoke Rapids, North Carolina. He is a dedicated member of First Baptist Church.