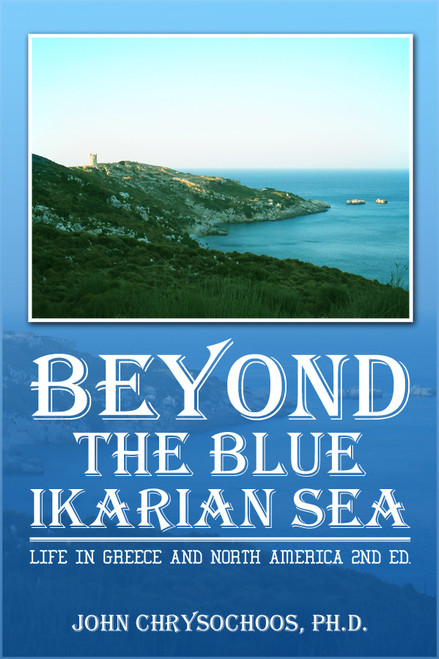 Ariss innocent early childhood on the beautiful and serene Greek island of Ikaria was painfully interrupted by World War II and the subsequent Greek Civil War. The occupation by the enemy, the following famine, the flight to Palestine and the subsequent Greek Civil War had a profound effect upon Ariss personality. His interest in political, educational, social and societal issues while in Greece was attributed to those experiences. His subsequent travel to North America, Canada at first and United States during most of his adult life, made him fully aware of aspects of life completely alien to him, namely, xenophobic, anti-foreign and jingoistic issues, as well as sexism and racism.

Current political partisanship in both the United States and Greece is affecting life enormously. The reminiscence of the blue sea surrounding that faraway island provided Aris always with peace of mind in dealing with such complex societal issues in his life.

The author was born on the Greek island of Ikaria in the mid-thirties. He completed both elementary and high school on the island, with a brief interruption while in Palestine as a war refugee. His higher education was completed at the University of Athens, Greece (1953-1957).

Lightships of the United States of America, Volume I - Northeast

Pushed Beyond His Years: Forced to Be a Man at Sixteen, and It Cost Him His Life