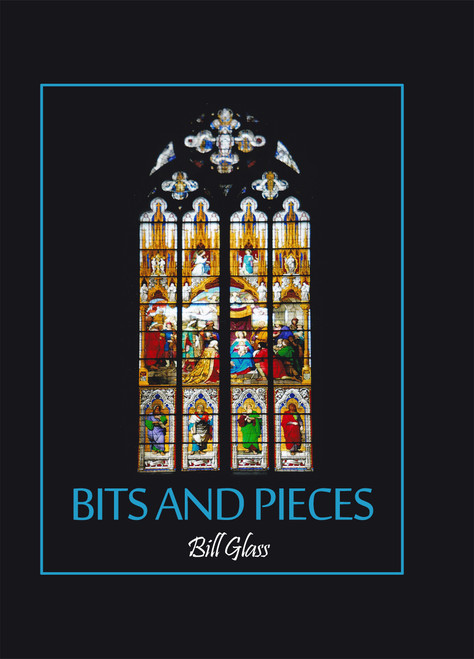 Bits and Pieces
by Bill Glass

I dont swear to tell the Truth, the whole Truth and nothing but the Truth because I dont know the whole Truth about anything, and I dont think that anyone else does either. However, I have tried to express myself as clearly and as honestly as I can. So, as the woodchopper said, let the chips fall where they may.

Bits and Pieces by Bill Glass is an anthology of some of the authors efforts at seeking the Truth. It contains a journal of two trips to Europe, profiles of a legendary Indiana preacher and of five dogs and a cat, three bits of philosophy, three poems, a creed, a memoir, a eulogy and four short stories. The book also includes almost two hundred photographs in full color.

Bill Glass was born in Chicago, Illinois, but was reared in Indianapolis, Indiana, where he graduated from North Central High School. He is also a graduate of Indiana State University, a veteran of the U.S. Marine Corps and a retiree of the U.S. Civil Service. He has been an air traffic controller, an IRS revenue officer and a VA benefits counselor.

Bill has written two previous books. Pilgrimages, a journal of ten guided tours that he had taken, was published in 2013. The Vain Mermaid, a genealogy of his ancestors, was published in 2014. Bill enjoys live theater and has been a season subscriber to the Indiana Repertory Theatre since 1976. He and his wife, Ann, live in Avon, Indiana.

Bitter or Better? A Journey to Wholeness and Freedom