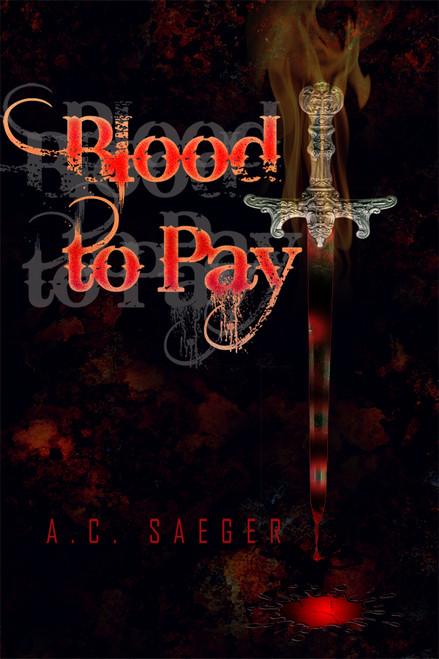 Blood to Pay
by A.C. Saeger

It started with the assassination of Therots beloved king and queen. Now, ten years later, their two sons, Owen and Evan, must face a challenge that could destroy the kingdom they rule forever.

Forced to travel in secrecy to avoid the prying eyes of Therots corrupt counsel of three, Owen heads to the southern kingdom of Lavrenti to seek the aid of the mighty King Viturin. But all is not well in Lavrenti. A deadly secret threatens to tear the family apart from the inside out while an army of unknown origins moves into the land.

Amidst all the lies, Owen finds something he never expected in Rylan when he meets the general of Lavrentis army and third eldest daughter. It is a heart-wrenching story of bitterness and betrayal that can only end one way: death.

A.C. Saeger is currently attending college to become a psychologist and to teach psychology at the university level. She lives in Missouri with her parents and two lovable yet sometimes annoying dogs, Josie and Lucy. Writing is the center of her life, which can cause problems when sitting in a college classroom. Storylines and plot twists, unfortunately, have nothing to do with most psychology classes. When not writing, she enjoys having a good time camping with her friends or spending a lazy afternoon painting. Saeger is also engaged and will get marriedeventually, when she can think of wedding dresses instead of battles and backstabbing.

Blackbird Shouts Ring 'Round About