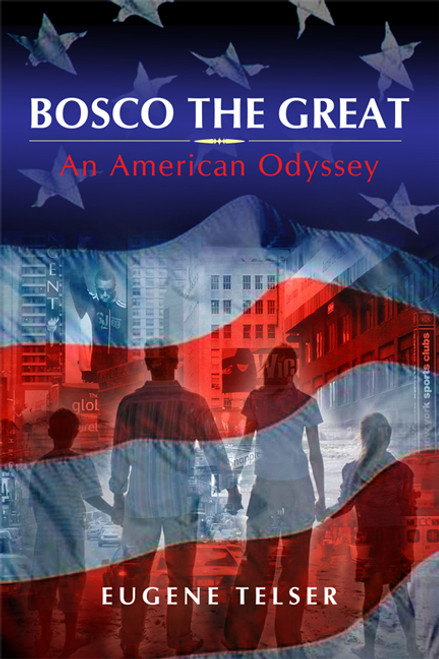 A first-generation American male breaks through the usual pattern for immigrant families in the first half of the twentieth centurysimply wanting to do better than his father. He moves intellectually to a broader perspective, into a bigger, more interesting world, and to financial and social success. As his family, especially his wife, becomes even more absorbed in American culture, he perceives them to be moving away from him.

Is American social (as distinguished from economic) liberalism a fake? Are liberals only so when it is easy to be one, when it doesnt impact on your personal life? Do we need radical roots to be able to remain even moderately liberal?

Ultimately Bosco embarks on his personal odyssey, a search for inner peace and serenity.

I have undergraduate and graduate degrees in U.S. history. Growing up in Chicago, I now live in San Diego, moving after retiring from public opinion research and consulting. During my work career, I developed considerable skills in writing. In retirement I continued to write mostly about political and social issues. Twenty-five years ago, I underwent a laryngectomy due to cancer. Losing my speaking voice accelerated my desire to write.

My first published book, How to Become President of the United States (2007), is a satirical and rather bawdy perspective on what it takes to be elected to public office. My second wife, Phoebe, and I have between us six children, their spouses, and nine grandchildren.