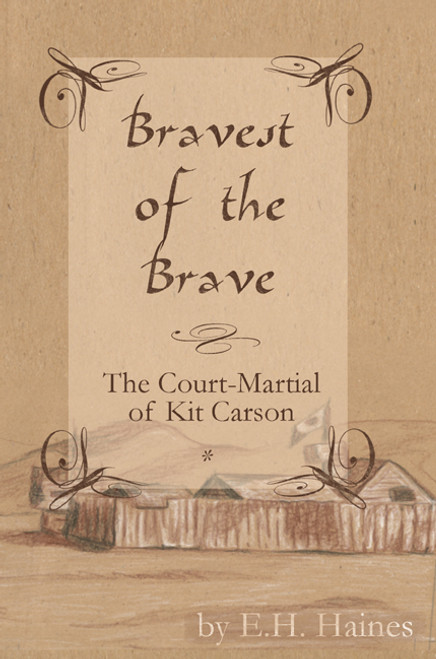 by E.H. Haines Christopher Houston Carson, a legend of the American frontier, was known from his birth in 1809 as Kit. Many of his adventures are retold in this spellbinding courtroom tale, Bravest of the Brave. The novel relates the story of Captain Scott BeMiller, a young Ivy League lawyer, assigned to Kits defense for atrocities committed against the Indians during the Navajo Campaign. The court-martial is held at Fort Leavenworth, Kansas, where the Captain finds love, but he also encounters political pressures from Washington and violence and deception in the courtroom. He must confront William Tecumseh Sherman in Washington to obtain final justice. ABOUT THE AUTHOR E.H. Haines spent several years researching this historical novel. Originally a Pennsylvanian, he first went west as a Naval Officer. He has studied the lives of many men who helped open the West, such as Lewis and Clark, Jedediah Smith, James C. Fremont, and of course, Kit Carson. He has traveled the Old Spanish Trail and visited Kits home in Taos. This novel is an exciting partner to his earlier works, Spirit of the Scalp and Spirit of the Trail. Mr. Haines is retired and lives with his wife, Gloria, in Fort Myers, Florida. They have two children and four grandchildren. (2004, paperback, 280 pages) Availability: Usually ships in 2-3 business days.
×