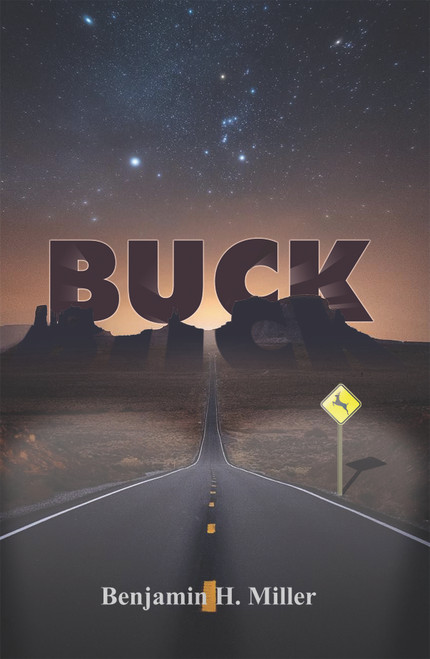 There are few challenges more painful than coping with the unexpected death of a loved one. And for Buckley Acorns, he is no stranger to blocking out pain. From broken bones to third degree burns, Buckley eats pain for breakfast, and dishes out more than your average rookie detective.

Set in modern day rural Nevada, the story of Detective Buck is one of humanism shared between him, and the friends he needs to protect, of mystery shrouding a murderer terrorizing the county, and of perseverance held within this man who has nothing to lose in uncovering the truth. After all, whatever doesn’t kill him, only makes him stronger.

Benjamin H. Miller grew up in the capital city of Carson City, Nevada. He began writing at a young age with a passion for super powered protagonists in mysterious and suspenseful storylines. By sixteen, Miller knew he wanted to be a creative; his will to write plays, songs, and stories were only strengthened by the culturally flushed community in which he lived. He had always taken comfort from the city’s bright lights, live music, entertainment, and other pieces of the lovable Nevada culture.

Miller and his high school pals often produced silly yet emotionally powered videos to watch on streaming platforms, some containing mystery, some comedy, and all fun to discuss. One day during the cold winter, the group adventured around their town filming a cop movie video about a duo of detectives in search of a murder. This experience inspired Miller to write his first book. He hopes his books will be well accepted into the ever-changing world so he may give back to the world that inspired him.

A First Grader Can Write Poems

You Missed It!: Miracles and Missed Opportunities