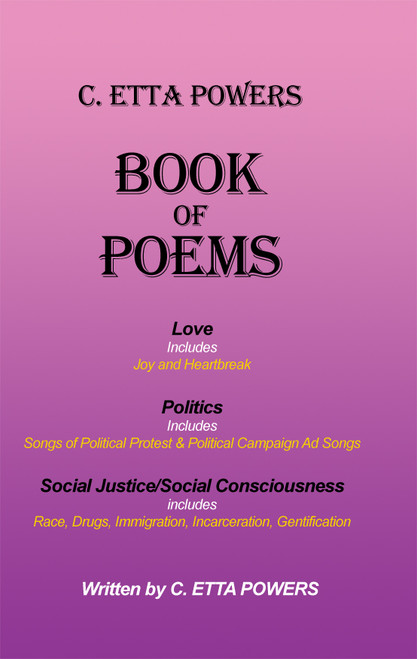 C. Etta Powers is a freelance writer. She began writing poetry over 30 years ago at the behest of friends for weddings and other special events.

C. Etta Powers says she was inspired to pen her love gone wrong poems, Why I Prayed Yo Ass Away, Indelible Ink and The Pill, because of internet cheating and also because of Viagra, which gave renewed hope to once impotent cheaters. She says that both the internet and Viagra continue to leave a trail of tears and heartache in their wake.

C. Etta Powers socio/political poems cover incarceration, ex-prisoners (An Ex-Prisoners Prayer), wrongful convictions, gentrification, immigration, racism, and more. Her political views are reflected in Death of The GOP, The House That Boener Built, Ill Fight For My Money (about social security), Bring The Jobs Back Home and other pro-Obama poems and songs.

Caffeine and Adrenaline: The Adventures of Rich and Jim, the Hoka Boys